The nurse kept the baby close to heater to extort money from her parents. 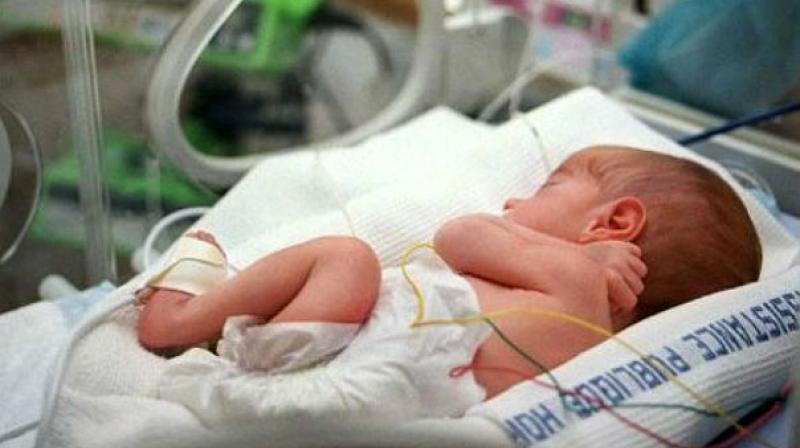 The newborn suffered mild burn injuries on face and is admitted to a hospital. (Representational image)

Jaipur: In a shocking case, an auxiliary nurse midwife of a government dispensary allegedly kept a newborn girl close to a heater to force her family to give Rs 300 in Churu district. The baby suffered mild burn injuries on her face.

Later, the ANM was removed and put under the awaiting posting orders () while three others were shifted to another ward after the matter came to light.

"Maya delivered a baby girl on Monday in the health centre. Soon after the normal delivery, ANM Neetu Gurjar put the baby close to a heater and demanded Rs 300 as 'Badhai'.”

"Her grandmother opposed but the ANM did not agree to give the baby to her mother," SHO Kotwali police station Bhagwan Sahay Meena said.

Later to get the newborn, her grandmother gave the ANM Rs 300 and Rs 200 to another nurse, he said, adding, the newborn suffered mild burn injuries on face and is admitted to a hospital.

The newborn's father Lalchand Prajapat lodged a complaint against the ANM and another nurse.

After the mater came to light, Rajasthan Health Minister Kalicharan Saraf ordered a departmental inquiry and put Neetu under the awaiting posting orders () status. She was shifted to Medical Directorate, Jaipur while three staff nurse – Mukesh Devi, ANMs Jamuna and Pushpa Darji - were shifted to another ward.

On the direction of the minister, a four-member committee of doctors has been constituted which will probe the matter and submit its report by December 26, according to an official of the Medical and Health Department.