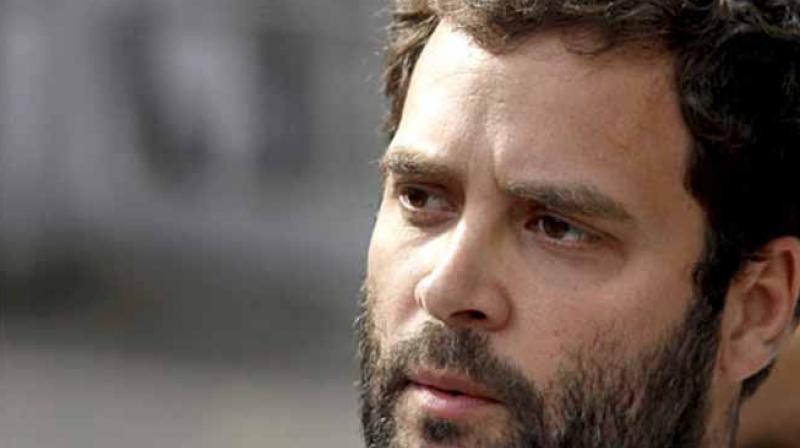 Gandhi was elected unopposed as Congress chief on December 11 and assumed the reins on December 16. (Photo: AP)

New Delhi: Rahul Gandhi will chair a meeting of the Congress Working Committee on Friday, his first as Congress president.

The CWC will accord a warm welcome to the new president and likely discuss the current political situation, including the ramifications of the Congress’s strong performance in the Gujarat assembly election for the party in future.

Party sources said the 2G spectrum case judgment acquitting all the accused is also likely to be discussed. The BJP and Prime Minister Narendra Modi had used the alleged scam to the hilt while mounting a fierce campaign against the Congress in the 2014 Lok Sabha polls.

Alleged corruption under UPA II was widely believed to have led to the defeat of the Manmohan Singh government.

The Congress, sources said, wants to take the 2G issue to the people for which it is likely to formalise a plan soon. The CWC, the party’s highest decision-making body, is also likely to adopt a resolution to this effect.

AICC general secretary Janardan Dwivedi said the CWC meeting will commence at 10.30am.

The agenda for the meeting was, however, not officially disclosed.

Though Rahul Gandhi has chaired CWC meetings in the past in the absence of his mother Sonia Gandhi, it will be for the first time that he will preside over it as Congress president.