HAL Chairman said current govt decided to purchase 36 aircraft separately as 'it was necessary to buy them as soon as possible'. 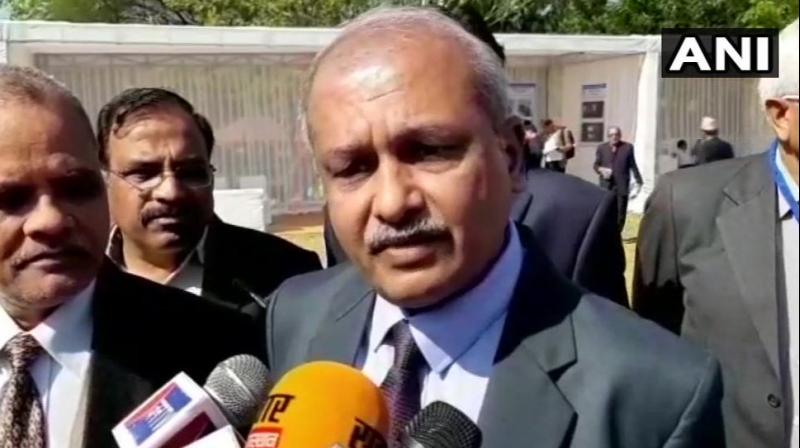 'If 126 aircraft were bought, some would have been purchased outright and others produced in the country,' Hindustan Aeronautics Limited chairman R Madhavan said. (Photo: ANI)

Udaipur: Hindustan Aeronautics Limited chairman R Madhavan on Friday said the HAL was capable of producing the Rafale aircraft but suggested that the question of transfer of technology does not arise in the current order of just 36 aircraft.

The Congress has alleged that Narendra Modi government is buying the military aircraft from French company Dassault Aviation at a much higher price than what was being negotiated by the previous UPA government, which planned to procure 126 aircraft.

The opposition has also accused the government of ignoring the state-owned HAL while negotiating the agreement, suggesting that some of the aircraft could have been manufactured by it through transfer of technology.

Madhavan said the HAL was capable of production when the initial discussions were on.

But the current government decided to purchase 36 aircraft separately as "it was necessary to buy them as soon as possible", he said.

"For the 36, the question of production here does not arise," he said.

If 126 aircraft were bought, some would have been purchased outright and others produced in the country, he said.

He said the HAL was not part of the process of the current deal.

The government has rejected the Congress charge that it paid an inflated price, saying that the cost of a fully-loaded aircraft could not be compared with that of a basic aircraft.

The HAL chairman was in the city to address an engineers' conference.

"We need to make our students employable and skilled. We also need to increase investment in research and development," he said.