BJP to counter ‘lies’ about NRC and CAA

The ministry of home affairs has already given clarification against the alleged “misinformation” being spread. 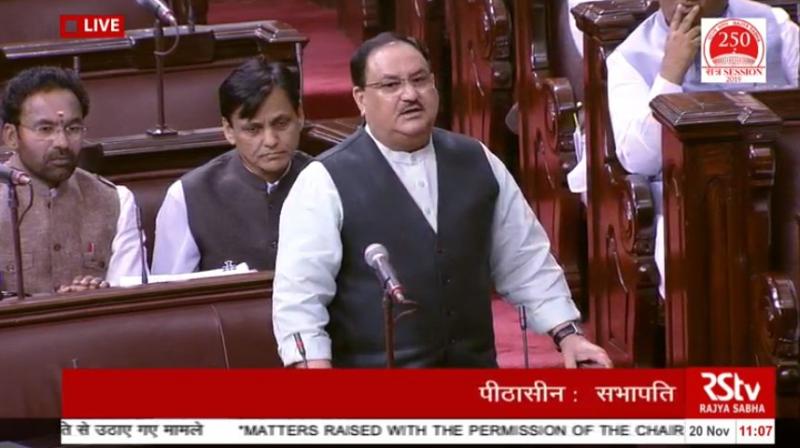 New Delhi: As rage and protests against NRC and CAA continue to spread, the ruling BJP has decided to counter it by launching a mass contact programme in an attempt to expose the “lies.” This decision was taken at a party meeting chaired by the BJP working president, J.P. Nadda.

The party will contact over three crore families and hold rallies in every district in the next 10 days as part of its huge outreach campaign on the new law. Party general secretary Bhupender Yadav told reporters that within the next 10, the BJP days will contact more than three crore families, organise rallies in every district and hold over 250 press conferences across the country to inform masses about the new law.

The decision was taken at a meeting chaired by Mr Nadda and convened to formulate the party’s strategy over the issue amid protests in various parts of the country against the new provision in the Citizenship (Amandment) Act and the proposed creation of a National Register of Citizens. The BJP  has been accusing the Opposition parties and some vested interests of fanning trouble and spreading misinformation.

Mr Yadav said, “The Congress and other parties are spreading misinformation on the Act.”

The ministry of home affairs has already given clarification against the alleged “misinformation” being spread.

Several ministers of the Central government have said that the CAA is not against any specific religion or community. They insist that there is no need for any citizen of India of any religion to be afraid of the CAA.

The swell protests over the last 10 days have forced the BJP and the Central government to come out with its stand over the issue.

The new law, which got the nod from both Houses of Parliament in the recently concluded winter session, seeks to give citizenship to religious minorities from three Islamic neighbouring countries who arrived in India before December 2014 due to religious persecution.