Budget will be held as scheduled on February 1: SC

The bench did not agree with the submission that in the past, Centre had postponed presentation of budget due to assembly polls. 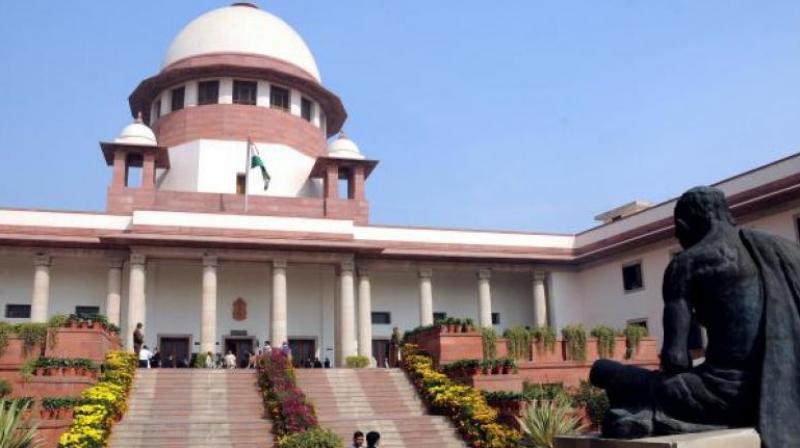 New Delhi: The Supreme Court on Monday dismissed a plea seeking postponement of Union Budget presentation ahead of the upcoming Assembly elections in five states, saying there was no illustration that it would influence voters.

A bench headed by Chief Justice J S Khehar refused to admit the plea saying "there was not even a single concrete example that the presentation of Union Budget would influence the minds of electorate in state elections".

The bench, also comprising Justices N V Ramana and D Y Chandrachud, did not grant opportunity to lawyer M L Sharma, who had filed the PIL in personal capacity, to come back to it if the Centre violated the model code of conduct in its budget, to be presented on February one.

Referring to constitutional provisions, the court said there are clear divisions of subjects, Union, State and concurrent, in the Constitution and the presentation of Union budget cannot be dependant on state polls "which keep happening."

It was not impressed with the arguments that the Centre may announce sops for the voters of the states going for polls in the budget, saying "Your argument is absurd. This way you will say the party in power at Centre should not contest state polls".

The bench did not agree with the submission that in the past, Centre had postponed presentation of budget due to assembly polls.

The PIL has said the Centre be directed to present the Budget in the financial year 2017-18 which would commence from April 1, instead of the proposed February 1 date.

It has also said the government be restrained from declaring "any relief, programme, financial budget until the states' elections are over" as they would violate the Model Code of Conduct.

The Election Commission had on January 4 come out with the schedule of assembly elections in five states, including Uttar Pradesh.

The Centre has already decided to convene the Budget Session of Parliament from January 31 to present the Budget for 2017-18 fiscal the very next day.