Uttar Pradesh has witnessed the maximum seizure of Rs. 79.13 crore followed by Rs. 4.05 crore from Punjab. 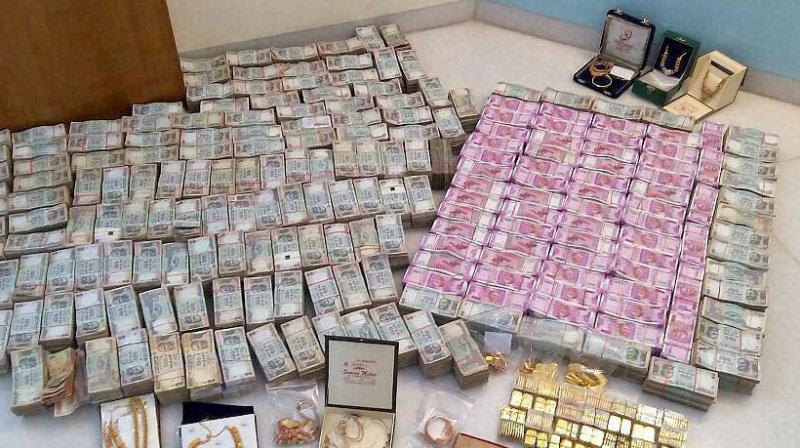 Over Rs. 83 crore cash, 7 lakh litres of liquor worth Rs. 12.65 crore and narcotics valued at Rs. 10.30 crore have been seized in poll-bound states. (Photo: PTI/Representational)

New Delhi: Over Rs. 83 crore cash, 7 lakh litres of liquor worth Rs. 12.65 crore and narcotics valued at Rs. 10.30 crore have been seized, mostly from Uttar Pradesh and Punjab, by Election Commission-appointed surveillance and expenditure monitoring teams in the five poll-bound states.

As per official data compiled since the announcement of polls early this year till Saturday, Uttar Pradesh has witnessed the maximum seizure of Rs. 79.13 crore (Rs. 31.65 lakh in old notes) followed by Rs. 4.05 crore from Punjab, Rs. 33.27 lakh in Uttarakhand and Rs. 6.95 lakh in Manipur.

In other illegal incentives suspected to be used to lure voters in these states, a whopping 7.36 lakh litres of liquor and over 500 bottles of canned beer worth Rs. 12.65 crore has been seized by Election Commission-appointed police and state excise teams in these states.

Officials said a total of "Rs. 83.58 crore in cash, about 7.36 lakh litres of liquor along with 525 bottles of beer worth Rs. 12.65 crore and an estimated Rs. 10.30 crore worth narcotics have been seized in the five poll-bound states of Uttar Pradesh, Punjab, Goa, Uttarakhand and Manipur, till data recorded upto January 18."

The Election Commission has appointed about 200 election expenditure observers apart from other central observers to keep a check on black money and illegal inducements used to bribe voters in these states.

The Assembly elections in these five states will be held between February 4 and March 8.

Counting of votes for all states will take place on March 11.