Congress is facing a grave situation with 30 candidates going independent; while AAP is facing a tough battle from within. 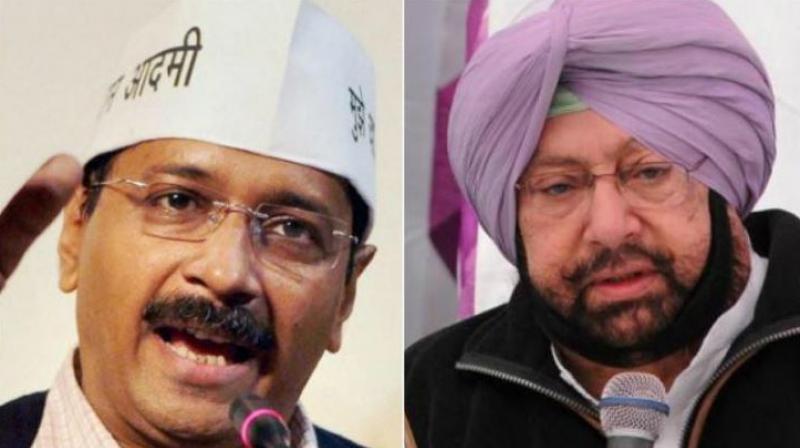 In a big blow to AAP, exactly two weeks ahead of the crucial polls, around 400 office bearers quit the party.

On one side, Congress is facing a grave situation with 30 candidates going independent; on the other side, the rookie party, AAP is facing a tough battle from within - with three major splinter groups and hundreds of party workers waging a revolt.

Congress is facing a 2012 like situation with its own candidates brewing trouble for the 'grand old party'. On the last day of withdrawing the nomination papers, the Congress efforts to douse fire failed to draw any success. 30 Congress rebel leaders are still in fray with half of them being the potential spoilers.

From Ludhiana East, Punjab Congress, General Secretary, Gurmail Pehalwan is having a tug of war with party nominee from there, Sanjeev Talwar. Congress finally fielded Navjot Singh Sidhu from Amritsar East; something, which didn't go down well by senior party leader Manjit Singh Manna, who is now leaving no stone unturned to pull Sidhu down. Three time party MLA from Baba Bakala, Ranjeet Singh Vajjalvaddi, current party MLA from Banga, Tarlochan Singh Sondh and former MLA from Nakodar, Gurbinder Atwal are some of the prominent Congress leaders who have become rebellious.

New entrant in the Punjab's political scenario, AAP is finding itself on a tricky ground, failing to keep its flock together. In general elections 2014, when the rookie party faced a drubbing across the country, Punjab was the only saving grace for being the only state giving four parliamentary berths. Ever since then, AAP has been harbouring the dream of ruling the border state. After making the initial headway, AAP seems to losing track.

Political observers believe that more than the opposition, blows from within led to AAP's debacle. The trouble began immediately after the 2014 general elections with two of the party MPs locking horns with party high command.

As the D-day approaches nearer, trouble is spiraling up for the party. In a big blow to the party, exactly two weeks ahead of crucial polls, around 400 office bearers quit the party. Levelling charges of 'dictatorship' style functioning, the disgruntled former office-bearers released a 15- page document, 'Poll-Khol'. They further alleged that sincere and dedicated leaders and party workers from state, who had been toiling hard, were sidelined by the 'outsiders'.

Most of the prominent faces from 2014 elections have been either chucked out or pushed to the fringe. Sacking former state convener, Sucha Singh Chottepur was a decisive turn, which changed the future course of the party ahead of crucial polls. Narrative of 'outsiders' taking the shot, took the centre stage within the party. Allegations of corruption in ticket allocation and stings by party activists further dented the party image.

With stakes running high in the forthcoming elections, Shiromani Akali Dal (SAD) is also not devoid of groupism. The incumbent party is facing the heat due to difference of opinion on some of the seats with some leaders switching loyalties to rival parties. The turncoats include Pargat Singh and Sarwan Singh Phillaur. It will be interesting to see what will be the impact of such party-hoppers.