Prices of stents to be displayed now

The draft of the amended rules has been circulated for stake-holders consultation by the ministry of consumer affairs. 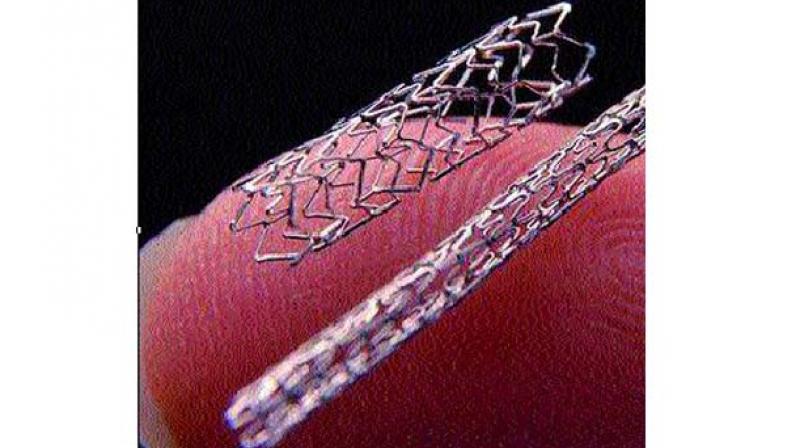 The move is seen as another step to check the soaring prices of these devices and thus help provide relief to patients.

New Delhi: After putting a cap on the prices of medical devices, the government has now made moves to include cardiac stents, heart valves and other such devices under its packaging rules. This will make the maximum retail price (MRP) of such commodities be clearly displayed and help consumers know whether they are being charged correctly or not.

The move is seen as another step to check the soaring prices of these devices and thus help provide relief to patients.

The government has recently included medical devices in the National List of Essential Medicines, thus paving the way for their price regulation, as in the case of life-saving drugs. Following this, last week, the National Pharma Pricing Authority (NPPA) had fixed prices of bare metal stents at Rs 7,260, whereas both drug-eluting stents and bio-degradable stents were capped at Rs 29,600.

Now, the packaging of these devices would be made compulsory by including all such devices like orthopedic implants, heart valves and cardiac stents under the amended Legal Metrology (Packaged Commodities) Rules, 2016.

The draft of the amended rules has been circulated for stake-holders consultation by the ministry of consumer affairs.

A senior official in the ministry told this newspaper that the inclusion of the medical devices under these rules will ensure that the commodities not only properly display their MRP, but also information about the details of the products used to manufacture the equipments. Apart from this, the government has also invoked an emergency provision, making it mandatory for manufactures to maintain production and supply of coronary stents at various levels for at least six months.

The government can regulate distribution and direct any manufacturer to increase production and sell products to institutions, hospitals and any agency as the case may be  in case of emergency or in case non-commercial use in public interest.

The step comes following reports that the manufacturers had initiated artificial shortage since the price cap on the devices.