Protesters were seeking changes in recommendations for granting permanent residence certificate to non-Arunachalees. 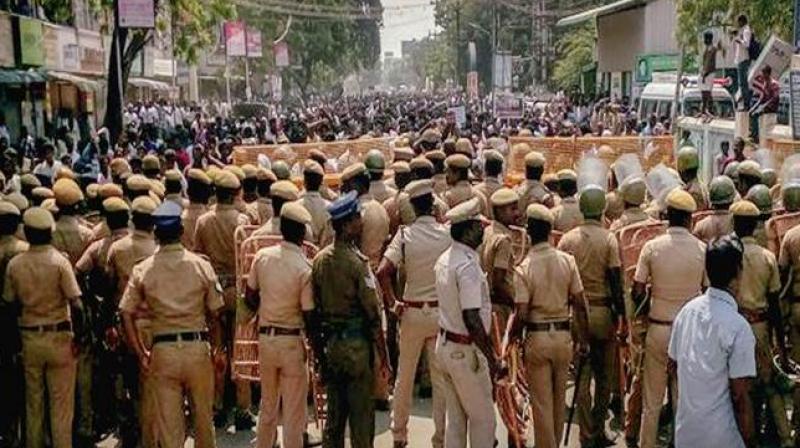 Internet services in the state capital were suspended and the Army was conducting flag marches between Naharlagun and Itanagar in view of the tense situation, they said. (Representational Image)

Itanagar: One person was killed in police firing when protesters seeking changes in the recommendations by a government-appointed panel for granting permanent residence certificate (PRC) to non-Arunachalees tried to enter the Civil Secretariat here, officials said Saturday.

Internet services in the state capital were suspended and the Army was conducting flag marches between Naharlagun and Itanagar in view of the tense situation, they said.

Several protesters on Friday night tried to enter the Civil Secretariat forcing police to open fire in which one person was killed, they said.

Arunachal Pradesh Home minister Kumar Waii said the situation is under control and the state government has deployed all available forces. Protesters had set ablaze 50 vehicles and damaged over 100 vehicles on Friday evening.

They also resorted to stone pelting in which 35 people, including 24 police personnel, were injured, police said.

The AAPSU and ANSU have supported the recommendation of the Joint High Power Committee (JHPC) constituted by the state government on May 1, 2018, to study the issue.

Several organizations in the state had called for a 48-hour bandh on Thursday and Friday seeking changes in the proposals made by the government-appointed panel for granting PRC to non-Arunachalees.

The Joint High Power Committee, after holding parleys with the stakeholders, has recommended granting PRC to six communities, who are not natives of Arunachal Pradesh but has been living in Namsai and Changlang districts for decades.

The proposals have evoked resentment among several community-based groups and students' organizations, who claimed that the rights and the interests of indigenous people will be compromised if the state government accepts them.

The recommendation of the JHPC was supposed to be tabled in the Assembly on Saturday but was not tabled as the Speaker adjourned the House sine die Saturday.