Cong MLAs walk out of Goa Assembly during Governor's address

The Congress members had turned up in the Assembly sporting black bands as a mark of protest. 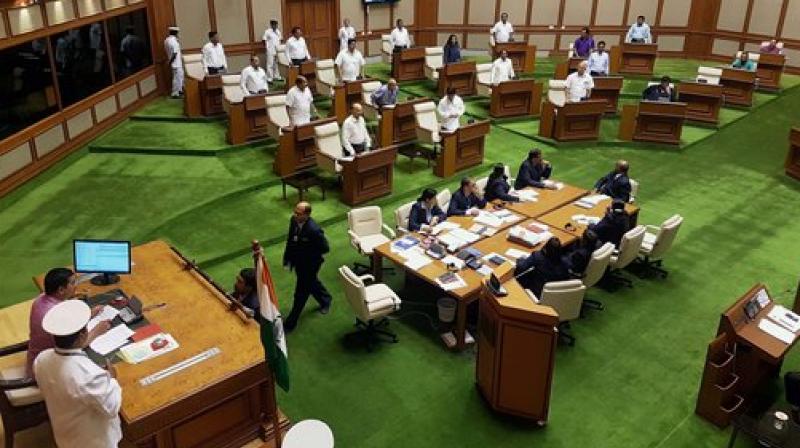 Panaji: The Opposition Congress on Thursday walked out of the Goa Assembly during the customary address by Governor Mridula Sinha, protesting that she did not invite the party to form the government after it emerged as the largest bloc in the hung house.

The Congress members had turned up in the Assembly sporting black bands as a mark of protest.

"It was a murder of democracy when the Governor refused us an opportunity to form the government," Leader of the Opposition Chandrakant Kavlekar said when Sinha stood up to read out her address.

“We were not allowed to form the government despite having the numbers on our side," he said.

All Congress legislators then rose in protest and walked out of the house as the Governor continued with her customary address.

In the Assembly polls, Congress won 17 seats relegating the BJP to the second position with 13 in the 40-member House.

However, the saffron party struck an alliance with regional outfits and independents to cross the half-way mark and form the ministry under Manohar Parrikar.