India   All India  23 Mar 2018  22-yr-old Kerala bride stabbed to death by father on eve of her wedding
India, All India

Athira, belonging to Thiyya community, had been in love with a man from the SC community. 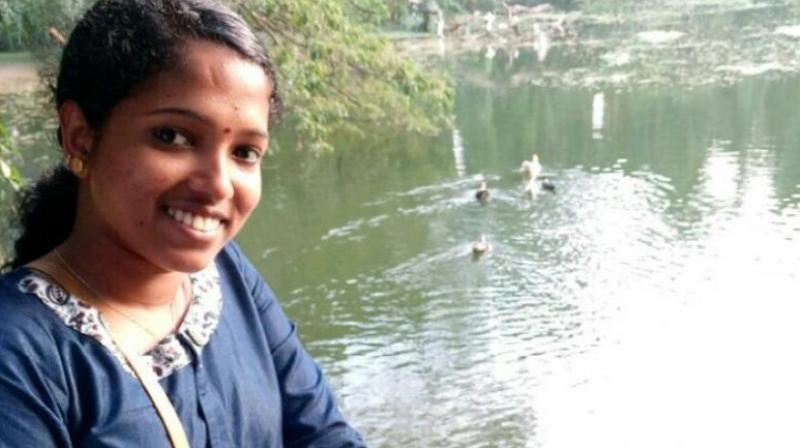 Malappuram: In a shocking incident of honour killing, a 22-year-old woman at Areekode in Malappuram district of Kerala on Thursday was stabbed to death by her father just a few hours before her wedding.

Police, who identified the victim as Athira, have taken her father Rajan into custody.

According to reports, Athira’s father had grudgingly agreed to let her marry the man she loved.

Police said Athira, belonging to Thiyya community, had been in love with a Army man from the SC community who is a resident of Koyilandy district at Kozhikode.

Rajan, was against her daughter’s relationship however, after the intervention of the police, the family agreed to the marriage. The wedding was scheduled for today.

Athira was working at a dialysis centre of Manjeri Medical College.

According to reports, an argument between Athira and her father exploded on Thursday and he stabbed her multiple times, until she collapsed.

Though the to be bride was rushed to a nearby hospital by neighbours after being stabbed, she was declared brought dead by doctors.