Despite the global alarm, not everyone seems to get the seriousness of the situation 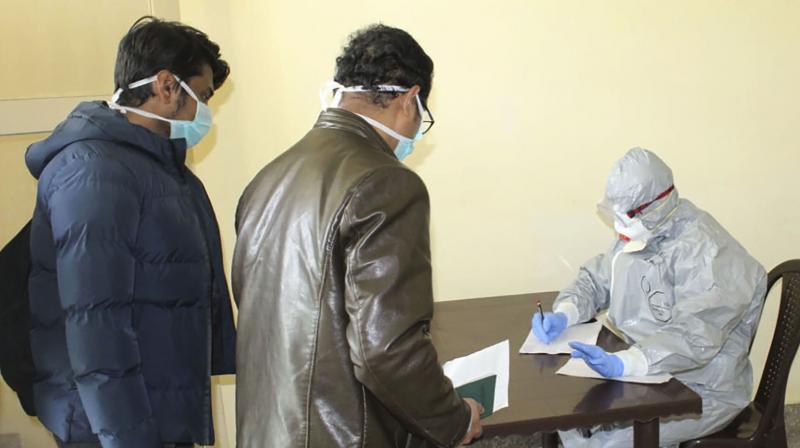 Hyderabad: Despite the nation-wide and global alarm over the coronavirus pandemic, not everyone who has been asked by health officials to remain in home isolation and under quarantine after returning from an international trip are following the instructions.

One woman, who returned from Singapore on March 13, has been missing, while a man who came from Doha, left for Andhra Pradesh without any notice, while a third has shifted his residence and is not traceable.

A young woman, who arrived in Hyderabad from Dubai on March 14, violated all home quarantine guidelines prescribed by the K Chandrasekhar Rao-led government.

After landing at the Rajiv Gandhi International Airport at Shamshabad, she did not go to her home in Chandanagar, and instead went to a residence in DD Colony.

She did not follow self-quarantine procedures, a fact confirmed by the staff of Greater Hyderabad Municipal Corporation (GHMC). Her location was finally traced by civic authorities through a phone call.

Another woman, who landed in the city from Singapore on March 13, provided fake details to authorities, who now have absolutely no clue of her whereabouts. They are convinced that she had broken quarantine protocol.

Meanwhile, a man who came to Hyderabad from Doha on March 15, violating all coronavirus preventive measures, fled to Tanuku in neighbouring Andhra Pradesh without intimating authorities.

Even as the state government has decided to shut down entire Telangana and close borders, several of those who returned home to the state after a trip abroad appear to not only have been trying to escape quarantine but have actually managed to give authorities a slip.