Hunt for three passengers with Paris returnee in Andhra Pradesh 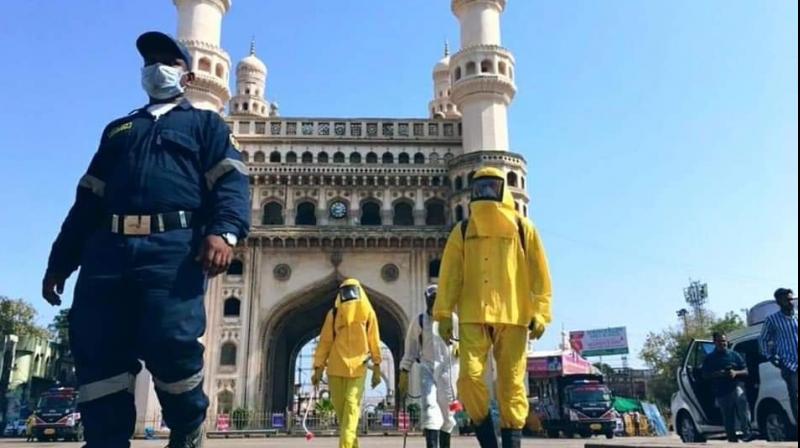 The AP police are in an attempt to ‘contact trace’ the three persons who travelled in the same cab. (PIB Image)

Vijayawada: It seems like the travel patterns of foreign returnees is what’s causing a headache to the various state administrations fighting the spread of coronavirus in the country.

A good share of foreign returnees, who came back home using either public or private transport and refusing to quarantine or report hospitals are now easily one of the biggest health risks for the country. The situation is no different in Andhra Pradesh.

A student, who returned from Paris recently, used a private cab to reach his hometown in  Vijayawada from Hyderabad. The Guntur based cabbie then ferried three other persons in the return journey to Hyderabad.

While the Paris returnee has now tested positive for Covid-19, the AP police are in an attempt to ‘contact trace’ the three persons who travelled in the same cab.

The Vijayawada police on Sunday announced a high alert in the entire city, asking the public to observe Janata Curfew for three more days after one more positive case of Covid-19 was reported in the city.

The latest Covid-19 victim reached India when he landed in Delhi on March 16, reached Hyderabad by flight by 12 noon, and finally reached home in Vijayawada on the same day at 6 pm.

He spent two days travelling to various places, stopping for food and other needs in various points in the city. Hence, officials have started contact tracings to identify all persons who might be in danger of getting infected by the virus.

The medical, health and municipal officials plunged into action and conducted medical checkups in 500 houses adjacent to the victim's residence near the fish market in one town at Vijayawada in 3 km radius of the area.

Krishna district collector A Md Imtiaz said that the student reached his house in a private cab, after which the driver took three others from Guntur to Hyderabad and dropped them off at Kukatpally area.

He said that officials have shared the details of the cab to Telangana government authorities and have started an inquiry to find out more details and current location of these three persons who travelled in that cab.

He said that the student had suffered from fever since March 20. He was shifted to an isolation ward, where he was found Covid-19 positive.

He said that police have started an inquiry to find out persons in the cab. Officials of all departments concerned, including police, revenue, and medical and health, are supervising the situation in one town, he said.

He said that a high alert has been announced throughout the city and sought cooperation of public to contain the spread of Covid-19.