The farmers, whose protest entered the 40th day today, drank urine even as police tried to stop them. 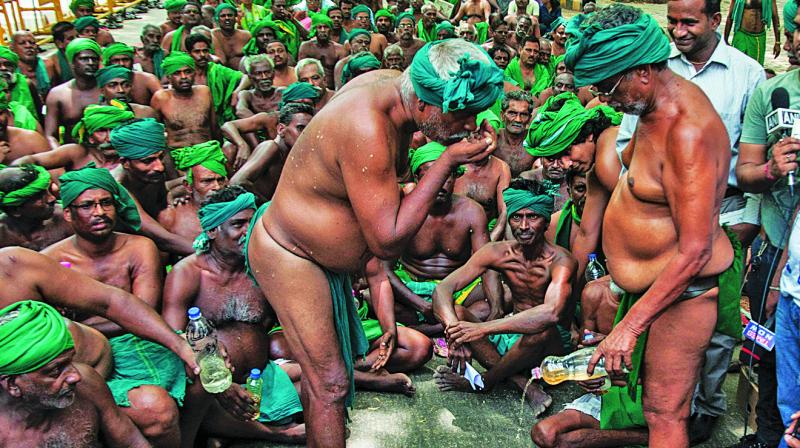 New Delhi: Tamil Nadu farmers on Saturday drank urine in another desperate bid to draw the government’s attention towards their plight.

Over the last 39 days, they have shaved half of their moustache and head, kept mice and snakes in their mouth, conducted mock funerals, flogged themselves and carried skulls of other farmers, who had committed suicide due to debt pressure.

The Supreme Court will hear on April 26 a petition filed by Swaraj Abhiyan, on behalf of the Tamil Nadu farmers, seeking the redressal of their grievances.

The farmers, whose protest entered the 40th day today, drank urine even as police tried to stop them.

They have been demanding a loan waiver, a revised drought relief package and better support prices for their produce.

P Ayyakkannu, who is leading the protest, said: “The Union government is not giving us water. So we are consuming urine.”

The protesters had yesterday said they would drink urine if the Centre failed to offer a solution to their problems within a day. On April 10, they had stripped in front of the prime minister’s office here to press for their demands.