2016 Jat stir: Haryana not to act on cases sought to be withdrawn

During resumed hearing in a case related to the agitation, govt told Punjab and Haryana High Court that it has sought to withdraw the cases. 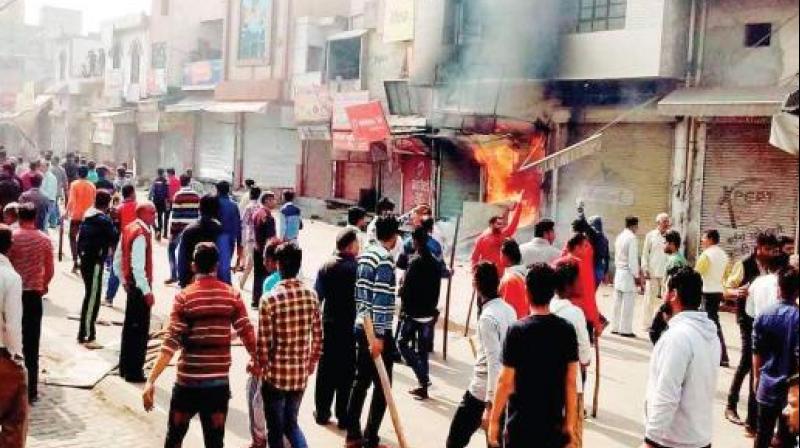 Chandigarh: The Haryana government has decided not to act on the more than 400 cases registered in connection with the 2016 agitation by members of the Jat community demanding reservation in education and government jobs.

During a resumed hearing in a case related to the agitation, the government told the Punjab and Haryana High Court that it has sought to withdraw the cases.

"We made a statement that the state government will not proceed till next date of hearing in 407 cases in which permission for withdrawal has been given (by the government)," Haryana Advocate General B R Mahajan said.

During the hearing, amicus curiae Anupam Gupta objected to the state government's move to withdraw the cases, including those pertaining to arson and violence.

A division bench of justices A K Mittal and T S Dhindsa posted the matter for hearing on July 12.

The government submitted a list of 407 cases for which it has given permission for withdrawal, he said.

Mahajan said on the previous hearing, the court had asked the state government to submit a list of cases sought to be withdrawn.

He informed that a SIT headed by IG Amitabh Dhillon also submitted a status report on the untraced cases in Rohtak, which was the epicentre of the agitation.

Incidents of violence and arson during the February 2016 agitation left 30 people dead and several injured.

A total of 2,100 cases pertaining to arson and violence were registered in connection with the agitation.