India   All India  23 May 2018  Karnataka: Opposition parties unite on stage at Kumaraswamy swearing in
India, All India

Karnataka: Opposition parties unite on stage at Kumaraswamy swearing in

HD Kumaraswamy takes oath as Chief Minister of Karnataka and Congress’ G Parameshwara as his deputy. 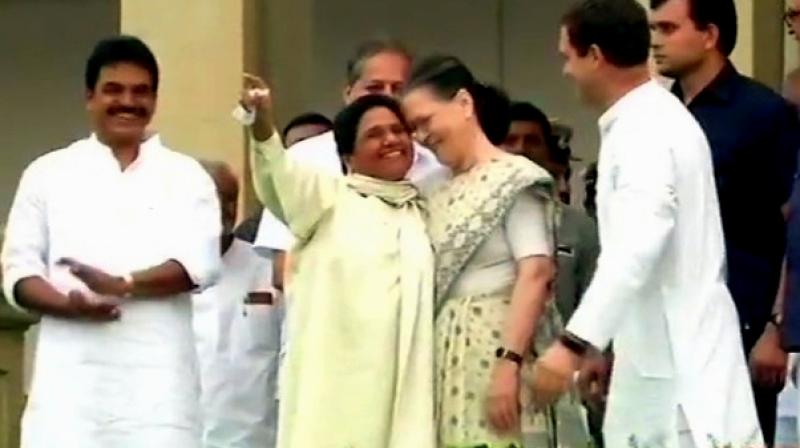 Bengaluru: India’s Opposition parties united on Wednesday -- at least, symbolically on the dais -- where JD(S)’ H D Kumaraswamy was sworn in as the Chief Minister of Karnataka.

Kumaraswamy will lead a JD(S)-Congress alliance this term with a Congress Deputy Chief Minister, G Parameshwara.

Kumaraswamy’s Cabinet will be sworn in on Friday, after he proves his majority in the Assembly tomorrow.

The new Cabinet will have 22 MLAs from the Congress and JD(S) will have 13, including the chief minister.

The alliance has 78 MLAs from the Congress and 38 from the JD(S).
The Opposition parties seized the opportunity on Wednesday to put up a united show at Kumaraswamy’s swearing-in, to send forth the message that an anti-BJP, anti-Modi front was coming into force.

Whether this unity will translate into a poll strategy for 2019 or even formulate a Common Minimum Programme remains to be seen.

From the ground, this was the scene: Everybody smiled at each other and shook hands. Bahujan Samaj Party chief Mayawati greeted Samajawadi Party chief Akhilesh Yadav. The arch rivals had teamed up before the important bypolls of Gorakhpur and Phulpur to defeat the BJP, and have another important test ahead – the bypoll in Kairana on May 28.

UPA chairperson Sonia Gandhi and her son, Congress chief Rahul Gandhi were seen greeting other leaders, including NCP chief Sharad Pawar who has openly said he will go with the Congress in the next Maharashtra Assembly polls.

Yechury vigorously shook hand with Mamata, irrespective of the fact that his party had chosen to support the Congress in the 2016 state polls against Mamata’s Trinamool and was resoundly crushed.

It is obvious that past rancour and bitterness are being firmly swept under the carpet, with one objective – to defeat the BJP in 2019.

Here are the LIVE updates from Karnataka: 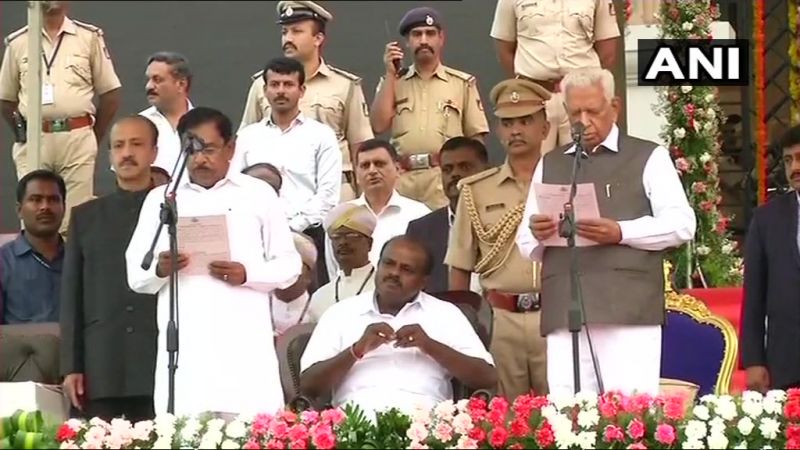 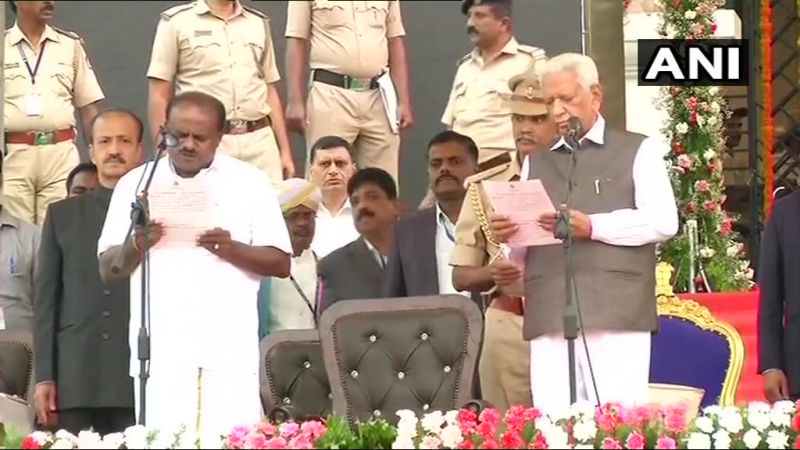 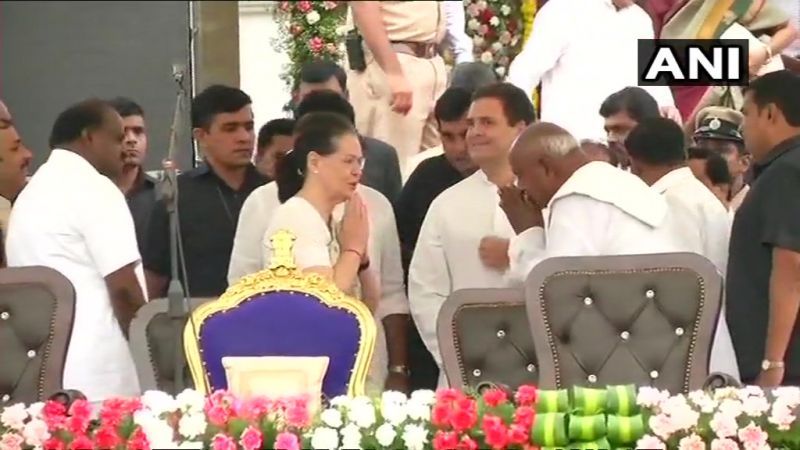 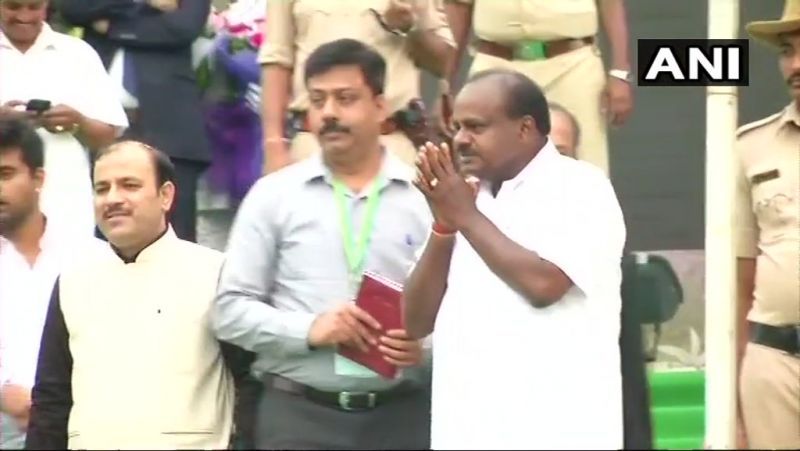 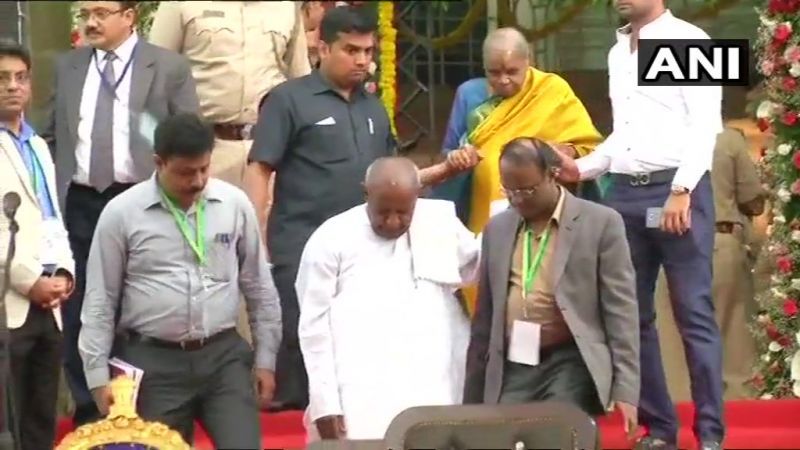 04:11 pm: Akhilesh Yadav and Mayawati at Vidhana Soudha ahead of the swearing in ceremony. 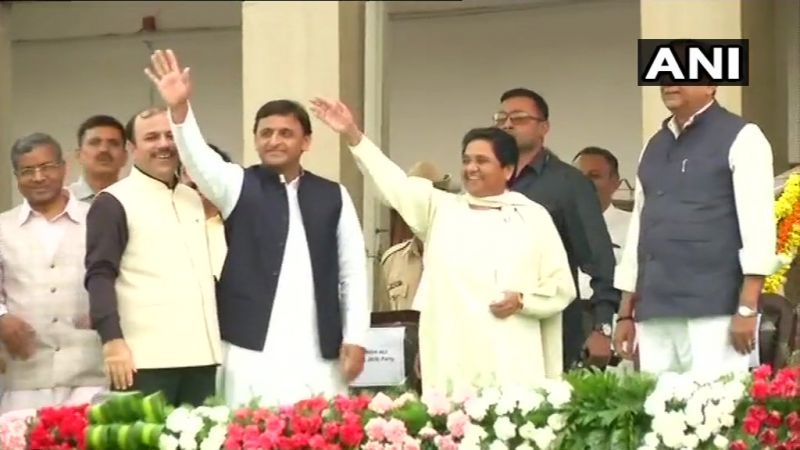 04:09 pm: People at Vidhana Soudha take shelter under tarpaulin as rain lashes Bengaluru ahead of HD Kumaraswamy and G.Parameshwara's swearing in as Chief Minister and Deputy Chief Minister respectively. 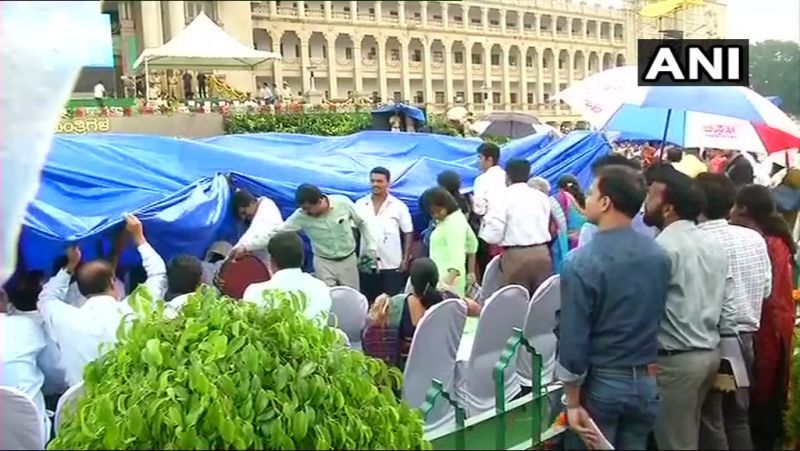 03:50 pm: Preparations are going on in full swing at the Vidhan Souda ahead of Kumaraswamy's oath taking ceremony. 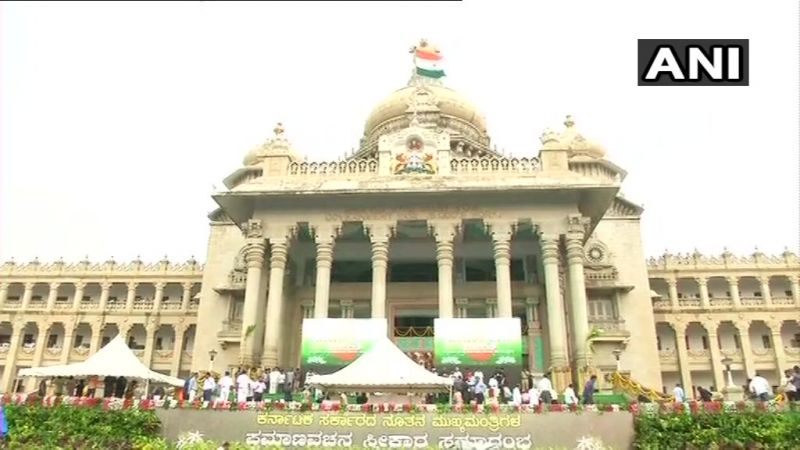 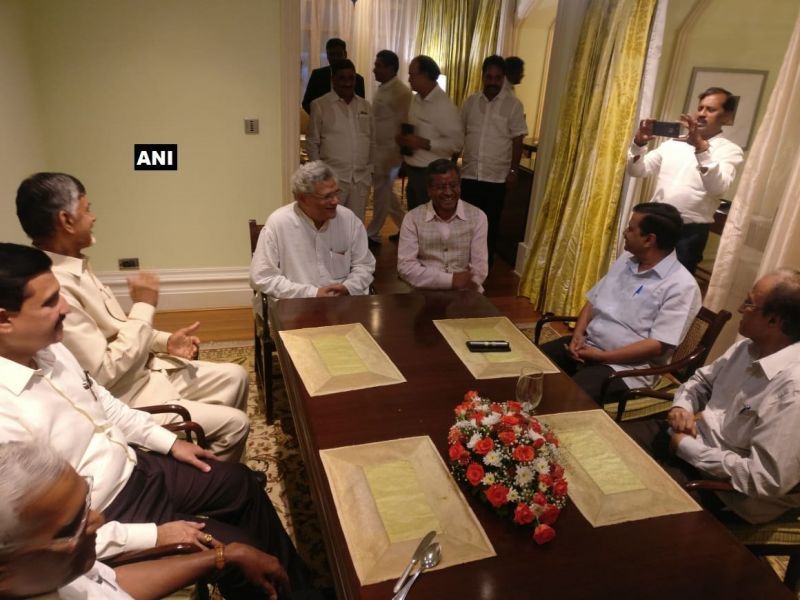 02:09 pm: “No one is unhappy, we all are together. We are celebrating that our government is coming in power. I never said that I'm an aspirant of Karnataka Chief Minister post. All is well,” said Congress leader D K Shivakumar. 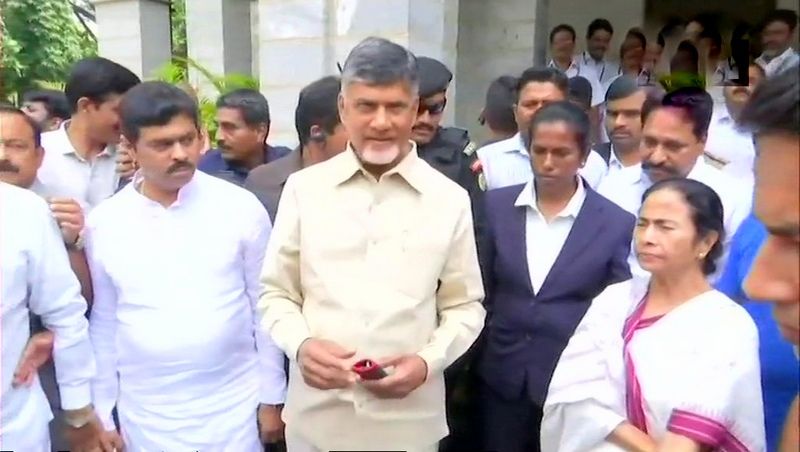 12:10 pm: BJP is observing 'Anti-People's Mandate Day' in Karnataka in view of the swearing-in ceremony of the Janata Dal (Secular)-Congress coalition government in the southern state. 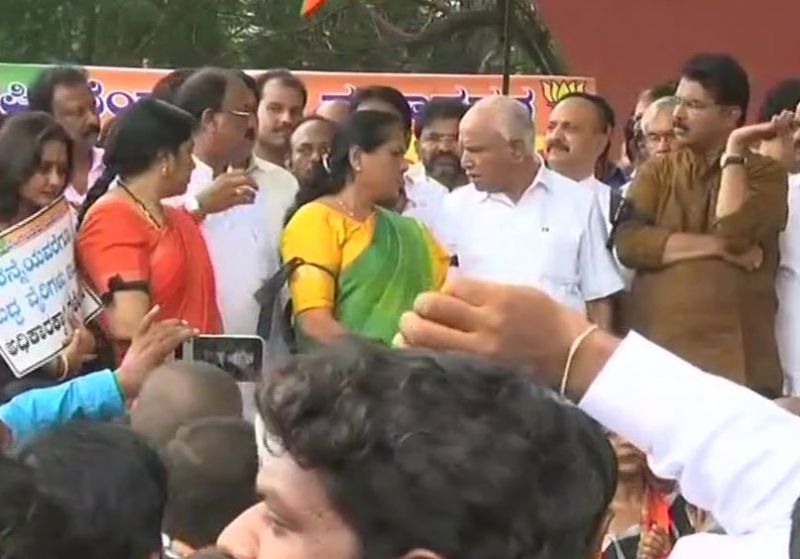 10:38 am: Karnataka Chief Minister designate H D Kumaraswamy said all the promises made will be kept.

All the promises made in the manifesto will be implemented. Safeguarding the interest of the farming community is our top priority: #Karnataka CM designate HD Kumaraswamy pic.twitter.com/wq7lLmbwgD

09:38 am: “It's the high command which decides all this, they chose me. I thank them immensely but the point is they’re also eligible but they gave me this opportunity,” said G Parameshwara, Karnataka Deputy Chief Minister designate, on being asked that Roshan Baig and D K Shivakumar were also in the race for deputy CM’s post.

Also Read: Kumaraswamy oath-taking ceremony today to be a show of opposition unity

09:34 am: Celebrations outside H D Kumaraswamy's residence in Bengaluru. Kumaraswamy will take oath as the Karnataka Chief Minister today. 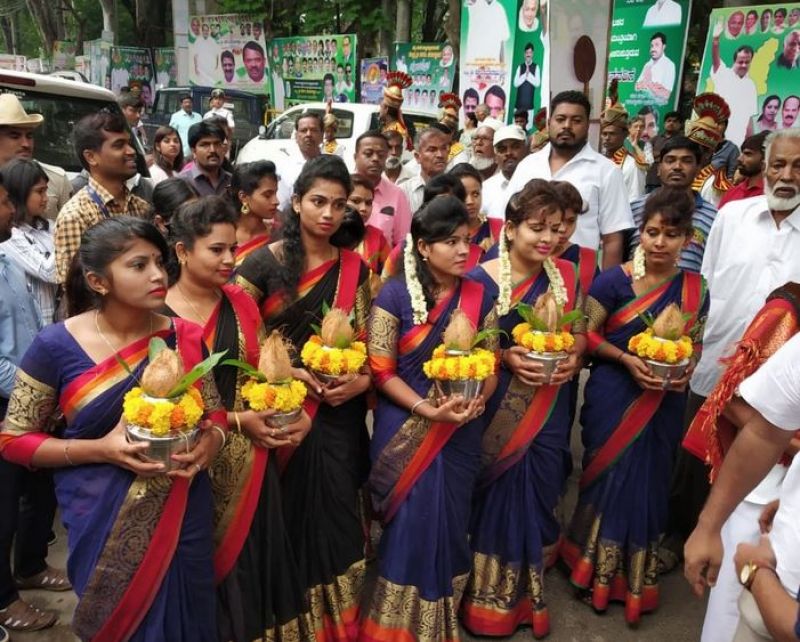 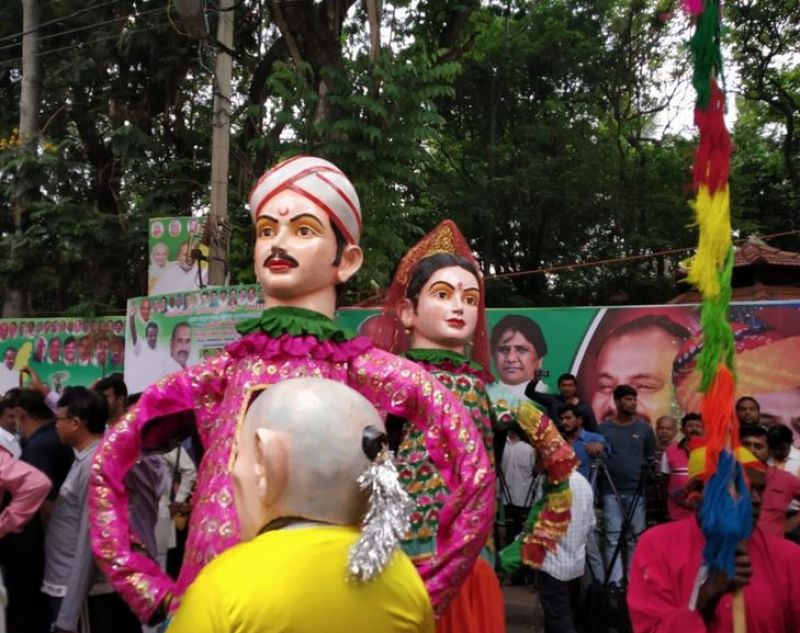