People who came back from Tablighi Jamaat event to cities like Indore and Bhopal, transmitted this virus to others also, said CM Shivraj 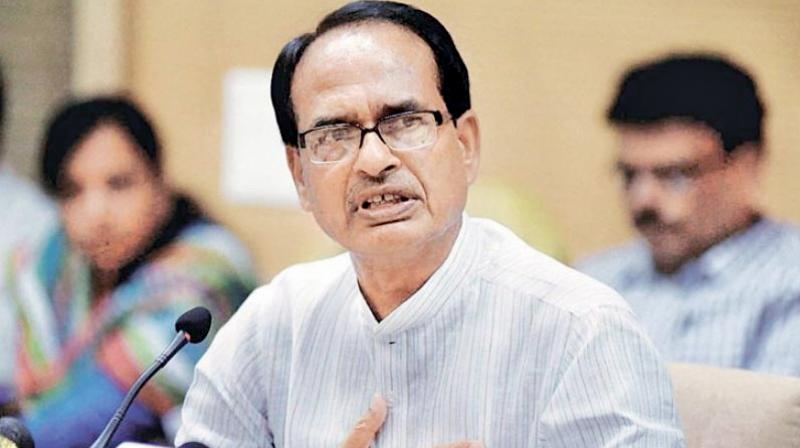 New Delhi: Madhya Pradesh chief minister Shivraj Singh Chouhan said Tablighi Jamaat members aided in the spread of coronavirus infection in the state particularly in Indore and Bhopal, and chided them for not acting "responsibly".

Chouhan told PTI in an interview, "Initially the members of Tablighi Jamaat contributed in spreading this virus. The people, who came back from this event to cities like Indore and Bhopal, transmitted this virus to others also."

Further, they added to it by not cooperating with government personnel. They stayed hidden, let this spread to persons who directly or indirectly came in contact with them, he said.

A large congregation organised in March by the Tablighi Jamaat in the Nizamuddin area of the national capital significantly contributed to the increase of coronavirus cases in India. Some of the participants, who were later tested positive for coronavirus, had travelled to their home states and other areas.

Madhya Pradesh has so far reported 6,170 coronavirus cases, including 2,850 in its commercial city Indore, 1,153 in state capital Bhopal and 504 in the religious town of Ujjain, according to the official data updated as on Friday. Cases in these cities have been increasing steadily.

To a question on the increase in COVID-19 cases in Bhopal and Indore, Chouhan said these places are "under special care" of the state administration.

"We are continuously monitoring the situations of these regions. Situation seems to be improving and stable now. More than 1,500 patients of Indore, Bhopal and Ujjain have recovered and are well now," the chief minister said.
He said, the state administration is continuously trying its best to ensure availability of necessary medical facilities in these regions.

"All hospitals and medical centres of these regions have been equipped fully to counter the emergency situations," Chouhan said.

In a stern message, the chief minister also said that persons indulging in attacking COVID-19 frontline workers "will not be spared at all".

"These are shameful acts of violating the laws and not co-operating with the government which is working for their safety. The Central government has also amended the penal provisions for such acts. Such accused persons have been arrested under provisions of the National Security Act," he said.

On the Congress' charge that the state government was not doing enough to fight the pandemic, Chouhan said it is time for all of us to put a check on the spread of the disease unitedly.

"It is a time, we all need to fight this pandemic together and the Congress is busy in accusing us. It shows their concerns and priorities. They are accusing us to hide their failure. They could have taken the preventive measures regarding this at much early stages that we did as soon as we took charge of the state," he said hitting out at the previous Kamal Nath–led Congress government in the state.

Chouhan said when he took over as the chief minister, medical facilities were less in number in the state.

"Today, we are in a far better condition than before. If the previous government was aware of these facts why didn't they take measures to overcome these things? They could have done a lot earlier, but they were involved in their internal party conflicts,” he said.

The chief minister appealed everyone to follow the lockdown sincerely for their own safety.

"Keep maintaining the social distancing norms even after the lockdown. Stay at home, stay safe. I request everyone to have patience; we will soon overcome this pandemic," Chouhan added.