India   All India  23 May 2021  90 percent black fungus cases can be treated with medication, surgeries, say experts
India, All India 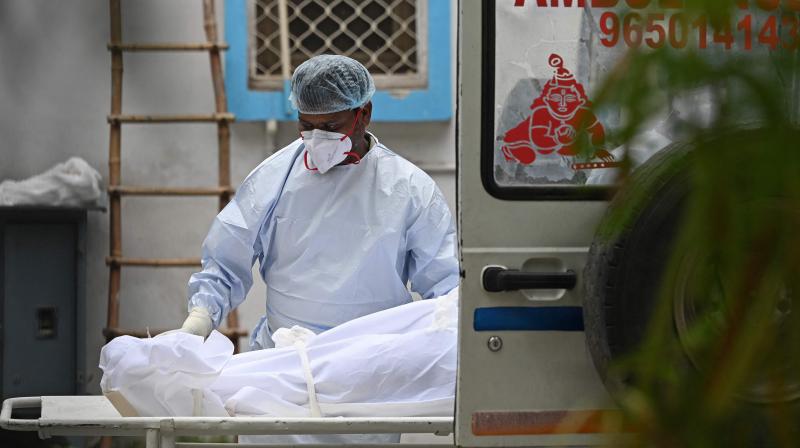 Dr. Reddy said that even though it is a rare disease, it doesn't mean it will affect every COVID affected person. (Photo: PTI)

Hyderabad: Speaking at a black fungus awareness talk on Sunday, senior ENT specialist and surgeon Dr. M Mohan Reddy expressed concern over the increasing rate of fungal infection in the city saying that the situation is so bad that hospitals in the city are overflowing with mucormycosis cases.

Dispelling myths relating to the disease, Dr. Reddy said that even though it is a rare disease that is now speaking like wildfire, it doesn't mean it will affect every COVID affected person. "The cases reported so far have had a history of diabetes. However, it doesn’t mean that all diabetics will get it. At the same time, all those who were subjected to high doses of steroids need not get black fungus", he added. A timely intervention in early symptoms through medication and surgeries can save 90% of the patients, Dr. Reddy ensured.

Several doctors and experts were present at the webinar organised by the Telangana State Federation of Chambers of Commerce and Trade. The President of TSFCCT Ammanabolu Prakash stressed the need to create awareness on the symptoms and treatment required before fake news and misinformation gripped it.

"The disease is spreading fast, and before fake news and misinformation through social media on this begins, right information from the right people should reach the public", said Prakash.

Dr Sai Kumar, another ENT specialist, who facilitated the conversation appealed that there is only one drug that can save the patients and that the government should ensure a smooth supply of the life-saving injection Liposomal Amphotericin B that is in short supply right now.

The common early signs of black fungus are one-sided facial swelling, headache, nasal or sinus congestion, black lesions on nasal bridge or upper inside of the mouth that quickly become more severe, coupled with fever, the doctors explained.