Rahul Gandhi also said it is heartbreaking to seeJ&K being pushed back several decades because of the complete failure of the PDP-BJP govt. 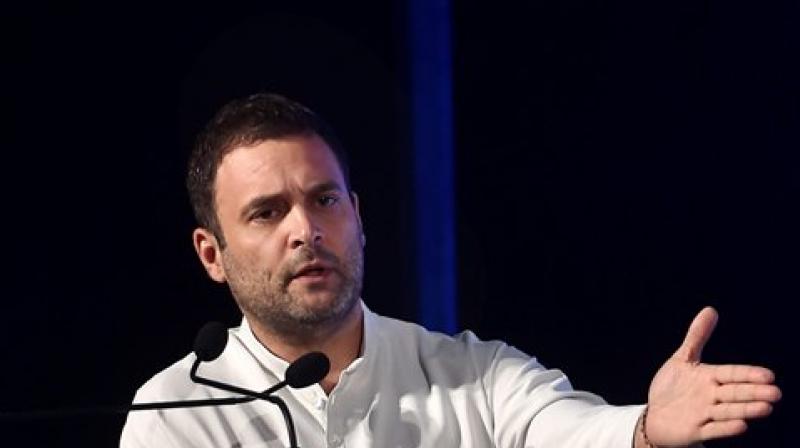 He said it is heartbreaking to see Jammu and Kashmir being pushed back several decades because of the complete failure of the PDP-BJP government.

Condemning the brutal lynching of Jammu and Kashmir Police (JKP), Deputy Superintendent of Police (DSP) Mohammed Ayub Pandith by a mob, Congress leader Ghulam Nabi Azad on Friday stated that the brutal act was against both Islam and humanity.

"The way the DSP was lynched to death was so shameful. Killing a person in the holy month of Ramzan is condemnable. If the mob was suspicious about the identity of that person, then they should have informed the police instead of taking law in their hand. Such a thing is against both Islam and humanity," Azad said.

Echoing similar sentiments, Jammu and Kashmir Chief Minister Mehbooba Mufti warned the people of the state to not test the patience of the security forces, who use restrain in dealing with locals.

On Thursday night, Pandith was lynched to death by a violent mob in downtown Srinagar.

The deceased DSP was on surveillance and was allegedly clicking pictures of people emerging from the Jamia Masjid mosque, when a mob attacked him.

After the situation became out of control, the cop in his own defence opened fire through his service pistol on the mob, in which three people got injured.

The angry mob then proceeded to attack him more severely and ended up taking his life.

Police have recovered the body of the deceased and are investigating the matter.

Meanwhile, the Jammu and Kashmir Police said two people have been arrested and a third person has been identified in connection with the lynching of Deputy Superintendent of Police (DSP) Mohammed Ayub Pandith.

"Two people have been arrested so far in this incident and a third one has been identified. The rest of the culprits will also have to face the law. According to the reports, when he was coming out of the mosque, people started raising slogans and started hitting him resulting in his death," Jammu and Kashmir Director General of Police S P Vaid said in New Delhi.

He added that the DSP was posted outside the mosque for the security of the people so that they could offer prayers without any hindrance.

"A few people who were standing outside the mosque lynched him. This is a very unfortunate act. There seems to be a sheer difference between humanity and cruelty. People need to understand what is wrong. Further investigation is underway," Vaid said.