India   All India  23 Jun 2019  Nanda Devi: 7 bodies recovered; search for eighth tourist to be carried out on Monday
India, All India

Nanda Devi: 7 bodies recovered; search for eighth tourist to be carried out on Monday

These tourists were hit by an avalanche on May 26 and were missing since then. 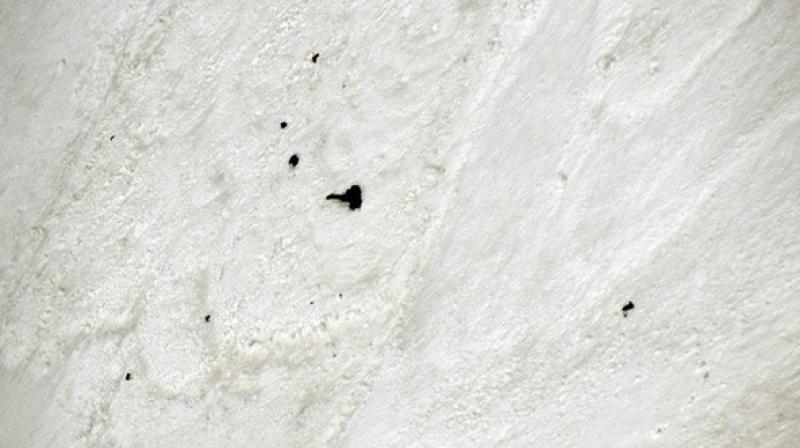 They were on an expedition to a Nanda Devi East peak when they met the tragic fate.(Photo: ANI)

Pithoragarh: The search for 8th missing mountaineer will be carried out on Monday after the team of Indo-Tibetan Border Police (ITBP) recovered seven bodies of foreign tourists near Nanda Devi.

These tourists were hit by an avalanche on May 26 and were missing since then.

The bodies were traced at an altitude of approximately 21000 feet near the peak from where the Mountaineers reportedly went missing. They were on an expedition to a Nanda Devi East peak when they met the tragic fate.

A 10-member team of ITBP dug out the seven bodies, including that of a woman mountaineer, from under the snow. The ITBP had launched search operation last week to search for the missing mountaineers in which 4 were British, 2 were Americans, and 1 each from Australia and India.

Recovered dead bodies have been retrieved and taken to a nearby site. Further transportation will probably be done by helicopter winching operations as terrain conditions don't allow carrying the bodies through land route, said a source.

Earlier on June 14, a joint operation was conducted by the Indian Air Force (IAF), ITBP and other local agencies to trace these tourists.

The attempt to rescue the trapped mountaineers from Nanda Devi East is named Operation Daredevil. Standing at a height of 7,816 metres, Nanda Devi is the second highest mountain in India and 23rd highest overall.