Child rape was an alien term in India, but now that we have adapted the western culture, we are witnessing more rape cases in India. 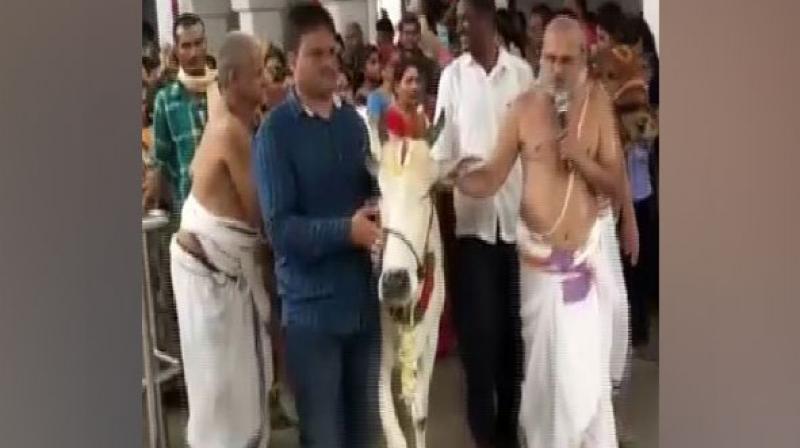 "Cow worship has been an old method to combat with any sort of crisis, so we planned to offer prayers in order to curb child rapes cases, being reported in our society," priest Ranga Rajan said.

Blaming the current education system, the temple priests said that, India has one of the oldest education systems, including the world's oldest literature. Child rape was an alien term in India, but now that we have adapted the western education system and culture, we are witnessing more and more rape cases in India. Newspapers, TV channels and social media are full of these cases nowadays.

"Children are not safe in our country anymore, we have never heard about any such incident in our old literature. Though we have always heard about women being harassed, now the time has changed, along with women, children lives are also at stake. So to curb such evil acts taking place across the nation, we are performing this ritual today" he said.