The servitor will not be part of any ritual related to the Rath Yatra, a senior official said. 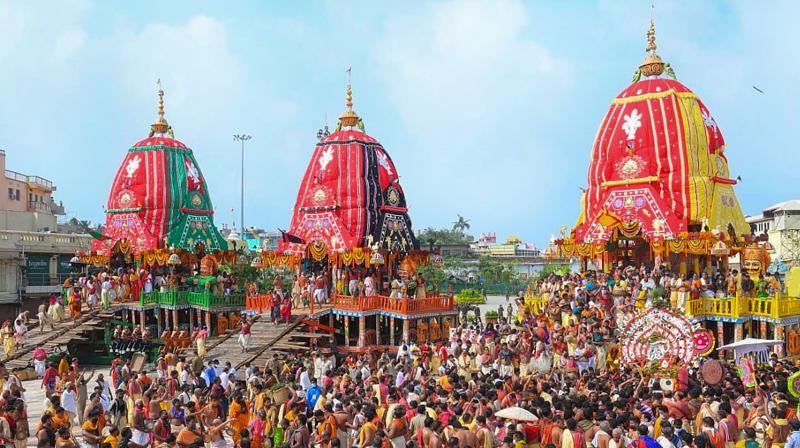 Puri: One of the servitors of Shree Jagannath Temple here tested positive for COVID-19 during mandatory testing of priests and police personnel ahead of the annual Rath Yatra on Tuesday, a senior official said.

The servitor will not be part of any ritual related to the Rath Yatra, he said.

Samples of 1,143 servitors were tested on Monday night, as per directives of the Supreme Court.

"Except one, reports of all the others came out negative. The servitor who tested positive has been shifted to a COVID-19 hospital," the official said, adding that contact tracing has been initiated.

Modifying its earlier order, the apex court on Monday gave the go-ahead for the Rath Yatra after taking note of the Odisha government's assurance that it "can be held in a limited way without public attendance".

Each chariot would be pulled by not more than 500 people and all of them have to test negative for coronavirus, the top court said.

It also directed that those engaged in pulling the chariots shall maintain social distancing before, during and after the Rath Yatra.

'Pahandi' (procession where the deities are carried from the temple to the chariots) was carried out in the morning by servitors who tested negative for COVID-19, a temple official said.

"All entry points into Puri -- airports, railway stations, bus stands -- shall be closed during the period of Rath Yatra festival," the Supreme Court had said in its order.