Kerala govt, several eminent Malayalam writers expressed anguish over and said it was threat to freedom of expression. 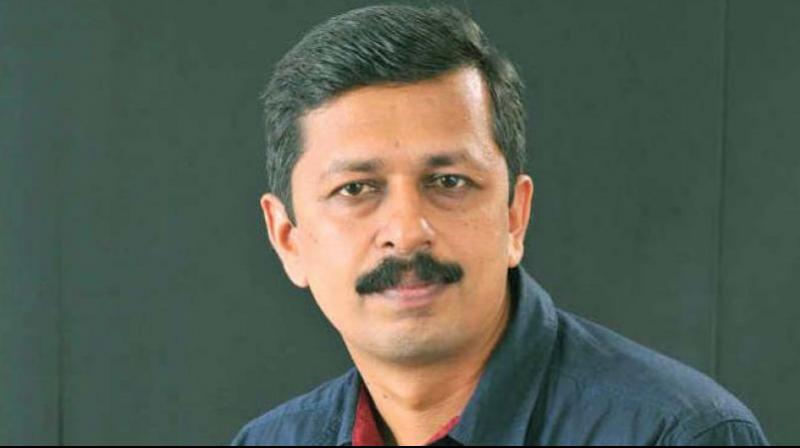 S Hareesh on Saturday withdrew the novel, saying there was a cyber-attack against him and his family amid allegations by certain right-wing activists. (Photo: File)

Thiruvananthapuram: Writers and leaders of political parties rallied behind noted Malayalam author S Hareesh, who withdrew his novel being serialised in a weekly after alleged threats from right-wing groups, with the Kerala government asking the publishers to go ahead with the work.

An array of eminent Malayalam writers, including M Mukundan, K Satchidanandan, Anita Nair, Unni R and KR Meera, expressed anguish over the development and said it was a threat to freedom of expression.

Kerala Minister G Sudhakaran said the writer has the support of the government and asked the publishers not to stop serialising the novel.

S Hareesh on Saturday withdrew the novel, saying there was a cyber-attack against him and his family amid allegations by certain right-wing activists that it portrayed women visiting temples in a poor light.

Veteran CPI (M) leader V S Achuthanandan asked S Hareesh to reconsider his decision to pull back the novel 'Meesha' (moustache)' and surrendering to the "threat of the sangh parivar".

"The writer and the publishers 'Mathrubhumi' (weekly) should be ready to go ahead with the novel', the former chief minister said in a statement.

He also urged people from all walks of life to come forward in protecting the right and freedom of writers.

CPI-M politburo member M A Baby said it was a "disgrace" for Kerala to withdraw the novel of S Hareesh who was a noted writer in the new-generation. "It is an attempt by RSS and Sangh Parivar to threaten free thought in Kerala," he said.

Leader of the Opposition in the assembly Ramesh Chennithala said the development was a shame for Kerala.

The Congress leader also said it was an act of intolerance to attack the writer by citing certain dialogues by a character in the novel.

Meanwhile, a group of writers held a protest in front of the venue of the ongoing international documentary film festival in Thiruvananthapuram, extending support to S Hareesh.

The situation that led to the withdrawal of the novel by S Hareesh was a dark indication of threat being faced by freedom of expression from the right wing, Satchidanandan said. He said he wanted all writers to come together against such threats. The novel courted controversy after three parts of series came out in the weekly.