Pakistan can play with religious sentiments of Sikhs, warns expert

Dipankar Sengupta, professor at Jammu University said that Pakistan was taking advantage beacause there were more Sikh shrines there. 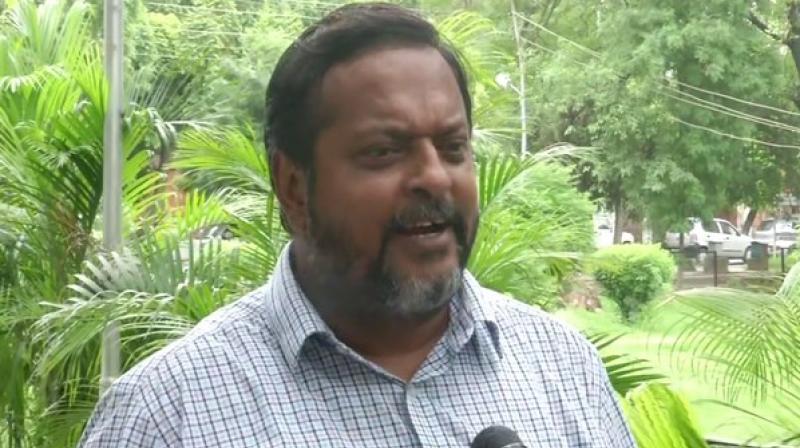 He also said, Pakistan has nothing to do with the welfare of any minority community and its diabolic gestures will be exposed in coming times. (Photo: ANI)

Jammu: An academician has asserted that Pakistan, which has sabotaged the previous peace initiatives between the two countries, must be hatching anti-Indian conspiracies around the Kartarpur Corridor too.

Dipankar Sengupta, a senior professor at the Jammu University said that Pakistan has nothing to do with the welfare of any minority community and its diabolic gestures will be exposed in coming times.

He said that Pakistan was taking advantage of the fact that there were more Sikh shrines inside its territory.

"This is something of emotional significance and has emotional value to millions of Sikhs who live in India. What Pakistan does is that it takes advantage of the fact that many of the holy shrines of Sikhism are in Pakistan. They try to take advantage of the emotional assets that they have," Sengupta said.

There are multiple pieces of evidence available in the public domain that establish Pakistan's consistent role in propagating the Khalistan propaganda.

While it has been constantly pumping in huge sums of money in western countries to keep its objectives alive, it has also been trying to reach to Indian Sikhs.

"Whenever Indian Sikhs travel on the other side, you have all these people trying to basically foment propaganda, disaffection, trying to look on for spies and so on and so forth. Unfortunately for Pakistan, its image has become so bad that nobody wants to be seen friendly with that country," Sengupta added.

There are a number of occasions when Pakistan has failed to gather any traction amongst the mass.

Last year, it spent millions to orchestrate an event at the Trafalgar Square in London to launch its ludicrous 'Referendum 2020' propaganda but failed to collect even a few loyal supporters.

"Referendum 2020 has been on social media. Its response amongst Non-Resident Indians, particularly those of the Sikh community is also very tepid. And where it matters, In India, practically there is no response," said Sengupta.

"If you saw the elections in Punjab, there was some massive turnout and if you saw the parties that won are by and large the mainstream nationalist parties. So it is clear that there is no feeling for so-called Khalistan in Punjab," he added.

Pakistan received another failure recently when two of its paid stooges, who were shouting anti-India slogans during a match in the recently concluded Cricket World Cup, received no support from fellow Sikhs in the crowd.

In fact, they were countered with even loud pro-India slogans.