So far, at least 22 earthquakes have rocked four districts - Champhai, Saitual, Siaha and Serchhip since June 18 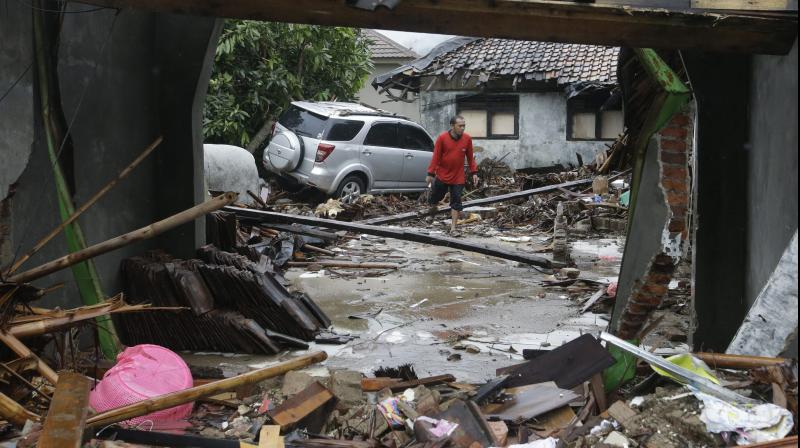 Many people in Mizoram's Champhai district bordering Myanmar are spending nights outside their homes in makeshift tents after a series of earthquakes. (PTI Photo)

Aizawl: Many people in Mizoram's Champhai district bordering Myanmar are spending nights outside their homes in makeshift tents after a series of earthquakes hit the northeastern state in a month, an official said.

So far, at least 22 earthquakes have rocked four districts - Champhai, Saitual, Siaha and Serchhip since June 18. The tremors ranged from 4.2 to 5.5 in magnitude. Champhai was the hardest-hit district.

She said that biscuits and sorazo (food supplements) were also provided to old people.

According to the deputy commissioner, at least 20 earthquakes have hit Champhai district in a month.

She said that more than 16 villages have been affected by the earthquakes and over 170 houses, including churches and community halls were damaged.

At Dungtlang, one of the worst-hit villages in Champhai district, at least five makeshift camps have been set up, Dungltang Young Mizo Association (YMA) Assistant Secretary John Zothanmawia Fanai said.

On Monday, the government sent three teams of doctors that consisted of psychiatrists, clinical psychologists and medical specialists to the quake-hit areas to assist the people, who developed mental trauma following the quakes.

The teams are currently touring affected villages in Champhai district.

Dr C Lalhrekima, a psychiatrist in a government hospital, leading one of the teams, told PTI that many people have anxiety due to frequent earthquakes.

"We are giving counselling to the panic-stricken people apart from giving medical care," he said.

The state government on Tuesday sent Geology and Mineral Resource department joint secretary H Lalbiakkima, who is also a geologist, to Champhai district to study and assess the cause of earthquakes.

According to Zuali, some geologists from Mizoram University (MZU) will also visit quake-hit villages in Champhai district.

Earlier in June, Chief Minister Zoramthanga had asked the Centre to send expert seismologists or geophysicists to assess the ground situation and the exact cause of the earthquakes.