The sources said the Army headquarters will review his suspension from service after examining the court order. 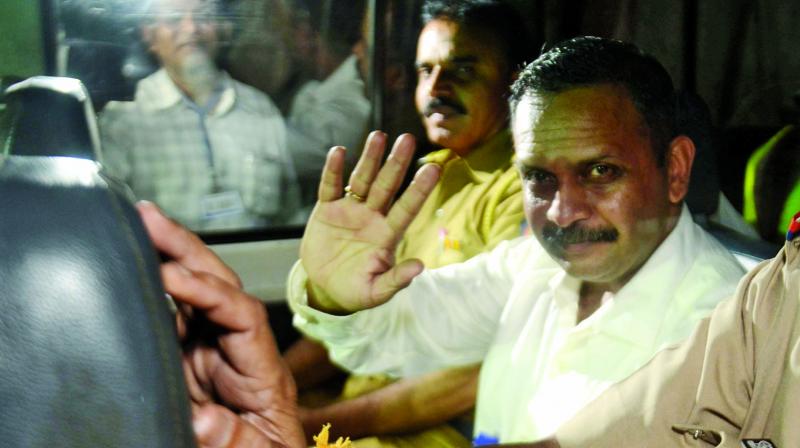 The sources said the Army headquarters will study the Supreme Court's order granting him bail and accordingly a call will be taken on whether to revoke his suspension from service. (Photo: File)

New Delhi: Soon after walking out of a jail in Maharashtra on bail after nine years, Lt Col Shrikant Prasad Purohit, an accused in the 2008 Malegaon blast case, on Wednesday reported back to an army unit in Mumbai.

Army sources here said he reported to the liasoning unit of the Army's Southern Command in Mumbai and is currently staying at an army establishment in the city.

They said Purohit, an officer from intelligence corp, is likely to go to his unit in Pune where he was working before his arrest in the Malegaon blast case in late 2008.

He was released from Taloja jail in neighbouring Navi Mumbai earlier on Wednesday, two days after the Supreme Court granted him bail observing that there were contradictions in the charge sheets filed by different investigating agencies probing the case.

The sources said the Army headquarters will review his suspension from service after examining the court order.

During his stay in his unit, Purohit will be under various restrictions including his movement inside the unit.

The sources said the Army headquarters will study the Supreme Court's order granting him bail and accordingly a call will be taken on whether to revoke his suspension from service.

Asked about the escort provided to Purohit after he came out of the jail, the sources said he was given the protection considering possible security threat to him.

Purohit, who was posted with an unit under Southern Command and was an officer from intelligence corp, was suspended from service soon after he was arrested in connection with the Malegaon blast case in in late 2008.

After the report of the Court of Inquiry (CoI), Purohit's salary and allowances were restricted to 25 per cent of his total pay but it was increased to 75 per cent following an order by the Armed Forces Tribunal (AFT), the sources said.

Purohit had approached the AFT after the cut in his salary following report of the CoI.

Six people were killed in the blast on September 29, 2008, at Malegaon, a communally-sensitive textile town in Nasik district of north Maharashtra.

The apex court set aside the April 25 verdict of the Bombay High Court denying bail to Purohit, but imposed certain restrictions while granting him relief.