Senior police officials say that the complete lock down in the valley has hit the Pakistan-sponsored narco-terrorism industry hard. 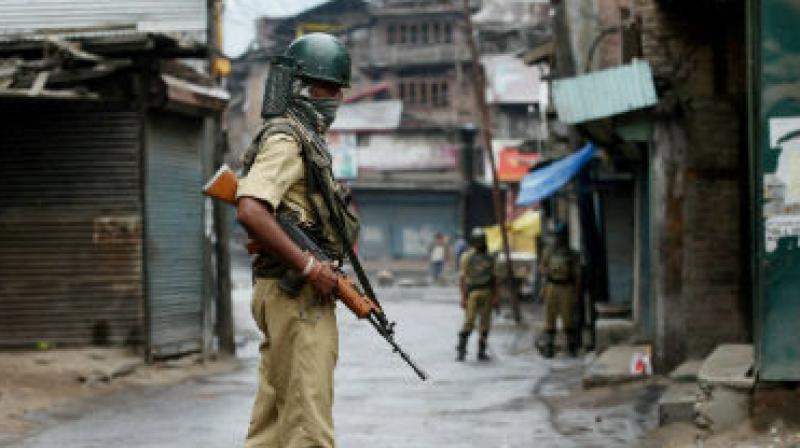 Sweating excessively, Rashid Ahmed was being rushed to the de-addiction ward in the SHMS Hospital by his family members around midnight. In his early 20's, Rashid's behaviour over the past few days had been strange. (Photo: PTI/Representational)

Srinagar: Sweating excessively, Rashid Ahmed was being rushed to the de-addiction ward in the SHMS Hospital by his family members around midnight. In his early 20's, Rashid's behaviour over the past few days had been strange. He would often wake up at nights, stare at the wall and seemed to be talking to someone, though there was no one in the room after which he would start crying. Otherwise, he would complain of numbness in his body, insomnia and disorientation.

Like Rashid, another 19-year-old Javed Ahmed, a resident of Shopian too was admitted in the ward 24 hours ago after he was getting agitated without a reason and started slapping himself repeatedly. When his family members tried to stop him, he started attacking them.

Like Rashid and Javed, several dozens of young Kashmiris, who had been high on heroin, had been going in and out of the de-addiction ward of SHMS ever since the lockdown post scrapping of article 370 in Jammu and Kashmir.

The reason: with complete shutdown of mobile and landline phone and internet in the valley, Pakistan backed narco-terrorists have been unable to communicate and supply heroin in Kashmir valley which has ended up in severe withdrawal symptoms among several Kashmiri youth. The police say that the lockdown has broken the back of narco-terrorism in the valley.

Over the years, Kashmir valley has become notorious for the increasing number of heroin addicts, who get high and then indulge in heavy stone-pelting.

As per the records accessed by this newspaper, close to 200 people, mostly aged between 15 and 30 years of age, had visited the de-addiction centre with severe withdrawal symptoms at the SHMS hospital since August 5. Of them, many had to be admitted to the ward and kept under observation. It was only after the doctors prescribed them some tablets and the therapists counselled them, they left while a majority of them got admitted.

"All of them are heroin users and since the lock down and curfew like restrictions, they are unable to contact the drug peddlers and get their dose of heroin. So they are ending up at the de-addiction centre," a doctor at the ward told this newspaper.

Senior police officials say that the complete lock down in the valley has hit the Pakistan-sponsored narco-terrorism industry hard.