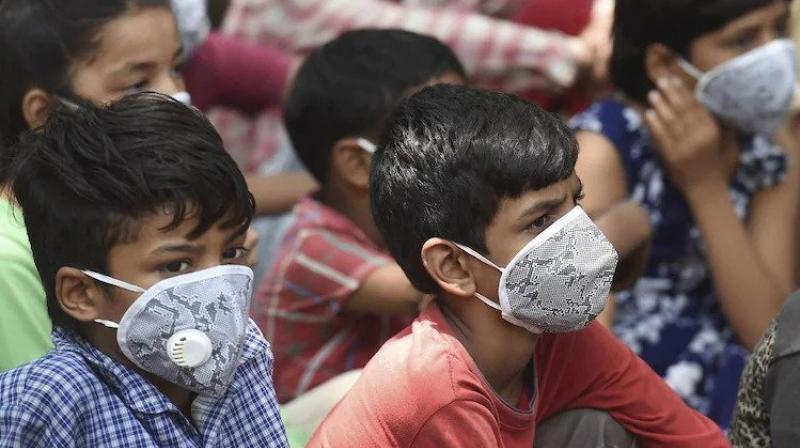 Lancet COVID-19 Commission India Task Force concluded that there is no current evidence that an anticipated the third wave will target children specifically. (PTI file photo)

New Delhi: The National Institute of Disaster Management (NIDM), under the Ministry of Home Affairs, has warned of a third COVID-19 wave peak in October in its recent report to the Prime Minister's Office.

The NIDM's report quoted the Reuters' opinion survey of 40 experts that forecasted that the third wave of the COVID-19 pandemic is likely to hit India between July 15 and October 13, 2021.

On whether the Delta-Plus Variant will be the driver of the third wave, NIDM said the Delta-Plus variant formed due to the mutation in the B.1.617.2 (Delta variant) that drove the fatal second surge in India. This new variant of concern is a sub-lineage of the Delta variant that has acquired a spike protein mutation 'K417N' which is also found in the Beta variant (first detected in South Africa).

"Though there is not enough evidence as of now to designate the Delta Plus variant as more dangerous than Delta, according to NCDC, as of August 2, 2021, this variant has been detected in 70 cases across 16 states from the 58,240 samples that have been sequenced so far in India," it said.

Emphasising the effect of the potential COVID third wave on children, the report said the Indian Academy of Paediatrics found that there is no biological evidence that the current and the new Delta Plus variant will affect children more than adults.

The report further said that Lancet COVID-19 Commission India Task Force concluded that there is no current evidence that an anticipated the third wave will target children specifically.

"A serological survey (March 15-June 10, 2021 from over 45,000 samples across 4 states) by the All India Institute of Medical Sciences (AIIMS) suggests that the hypothesis of a future wave specifically targeting children (two years and above) is unfounded. The study noted a serological prevalence of 55.7 per cent in ages 2-17 years and 63.5 per cent among adults which clearly determines that there was a statistical difference in prevalence between adults and children," the report mentioned.