The killings were part of a conspiracy to revive militancy in Kishtwar and were hatched by longest surviving Hizbul Mujahideen commander. 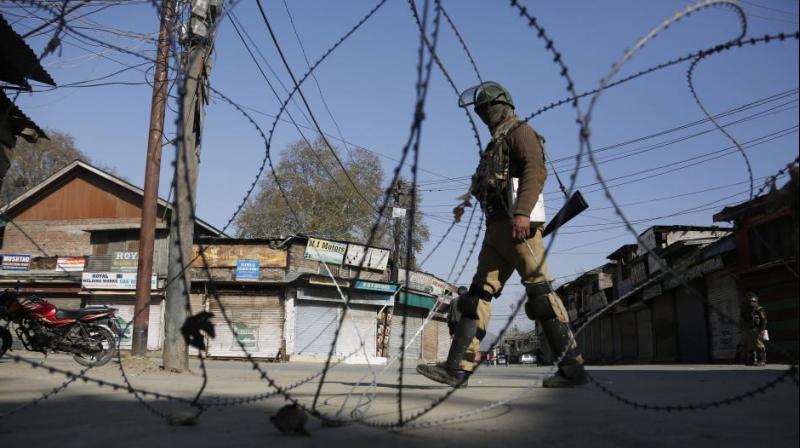 According to local reports, there were at least three militants — while two used the rear entrance to enter the hospital, the third remained outside. (Photo: Representational image)

Jammu: The Jammu and Kashmir Police, on Monday, arrested three alleged Hizbul Mujahideen militants and an overground worker in connection with the murder cases of a senior BJP leader and an RSS functionary leader in Kishtwar region.

BJP state secretary Anil Parihar was killed in 2018 and senior RSS functionary Chanderkant Sharma was murdered in April this year. Both the murders had triggered protests in Kishtwar.

The killings were part of a conspiracy to revive militancy in Kishtwar and were hatched by longest surviving Hizbul Mujahideen commander Jahangir Saroori in the area, The Indian Express quoted Inspector General of Police, Jammu zone Mukesh Singh.

The arrested militants are residents of Kishwar and have been identified as Nissar Ahmed Sheikh, Nishad Ahmed and Azad Hussain.

The fourth person arrested, Rustom, was an overground worker who helped in the construction of hideout in the houses of Nissar and Nishad.

The accused were also involved in incidents of weapon snatching from the PSO of Kishtwar Deputy Commissioner and PDP Leader, police said,

Anil Parihar and his elder brother Ajit Parihar were shot dead by unidentified gunmen, days ahead of panchayat polls in the Valley in November.

Son of late BJP leader Sewa Ram Parihar, Anil Parihar was an influential leader of the region. He was considered a moderate and had a sizeable support base even among Muslims.

A senior BJP leader who was already on a terror hit-list, Anil had been provided personal security officers (PSOs). At the time of the attack, sources said, the PSOs were not accompanying him.

Chanderkant Sharma, RSS n-charge for Kishtwar and Doda districts and his personal security officer (PSO), were killed by unidentified militants inside a hospital in April.

According to local reports, there were at least three militants — while two used the rear entrance to enter the hospital, the third remained outside.

The militants first opened fire at Kumar, who was standing in the crowded corridor outside the Out Patient Department (OPD) of the hospital, and then shot Sharma as he stepped outside his room. They also took away Kumar’s AK-47.