Parts of Ranaut’s Bandra office were razed on September 9, before the court stayed the demolition till further orders. 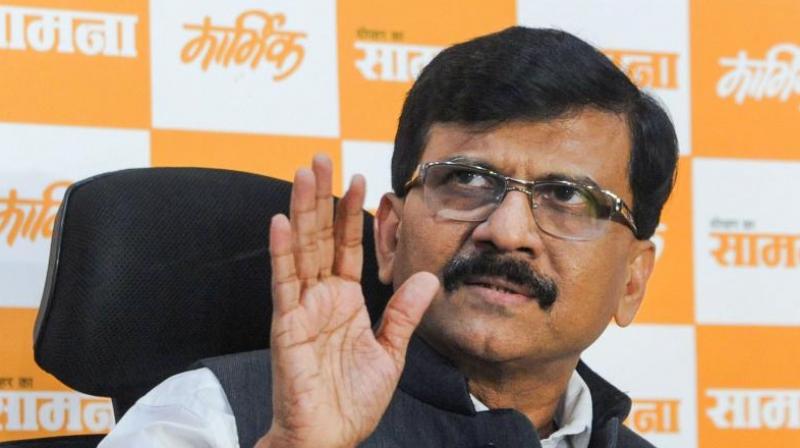 Mumbai: The Bombay High court on Tuesday allowed Shiv Sena chief spokesperson and Rajya Sabha member Sanjay Raut to be added as a party to the proceedings in Kangana Ranaut’s petition challenging her office demolition.

While hearing the petition filed by Kangana Ranaut, a division bench of Justice Shahrukh J Kathawalla and Justice Riyaz I Chagla had observed that since the actor submitted a DVD of statements made by Raut, he should get an opportunity to be heard, and BMC officer too should respond to the allegations levelled by the petitioner.

Referring to the DVD of Raut’s statement Justice Kathawalla sought to know whether she wanted to make Raut a party to the plea. “You do not want to show the ‘Ukhaad diya’ caption (from DVD)? You will have to implead Raut,” Justice Kathawalla told the actor.

Her lawyer sought time and was reluctant to make Mr Raut a party to the case, saying he would instead argue on the aspect of ‘malice in law’ by BMC. However, after the bench insisted that Raut should be given the opportunity to be heard, advocate Saraf accepted it.

Reacting to this Raut tweeted, “Case by an actress in Hon. High Court is about demolition of illegal structure by BMC which is an independent body and Demand is to make RS MP Sanjay Raut a party! From Babri case to standing for Marathi pride, I have faced several cases! This wouldn't deter me from fighting for the pride of my city and my Maharashtra.”

The court sought to know from the BMC as to how its 2012 policy circular was applicable in the demolition at the actor’s office. The circular prescribes demolition on expiry of notice period of 24 hours in case of any danger to life of the occupier or other persons. In light of this, the court sought to know whose life was in danger, which prompted the civic body to carry out partial demolition on September 9, after serving notice to Ranaut on September 8. Court also sought to know from the BMC if any action was taken on an adjacent bungalow occupied by fashion designer Manish Malhotra, after giving him seven days to respond to the notice.

Ranaut in her rejoinder had alleged BMC’s action against her as ‘bias’ because she was given only 24 hours to respond to the civic body’s demolition notice, while her neighbour was given seven days’ time.

Ranaut filed a rejoinder on Monday through Senior Counsel Birendra Saraf and advocate Rizwan Siddiquee. They submitted that the BMC had abused the ‘process of law’ by initiating demolition work at her office when she was given mere 24 hours to respond to its notice, and her response was rejected in a hurried manner.

Parts of Ranaut’s Bandra office were razed on September 9, before the court stayed the demolition till further orders. The Court also directed the actor to make Bhagyavant Late, a designated officer of BMC H-West ward, who had filed the affidavit on behalf of BMC, as party to the case.