Amid Opposition boycott of proceedings over suspension of eight MPs, Rajya Sabha unanimously passed the bill. 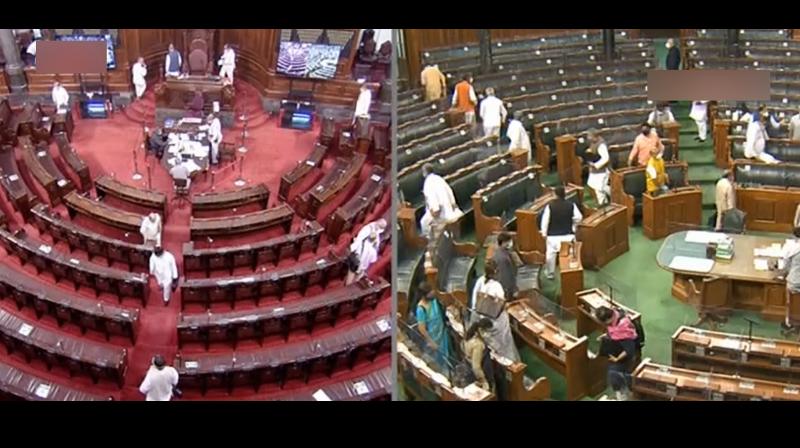 New Delhi: Parliament on Wednesday passed a bill to amend the Foreign Contribution (Regulation) Act to make furnishing of Aadhaar numbers by office bearers of NGOs mandatory for registration, with the government asserting that the proposed legislation is aimed at transparency and not against any NGO.

Amid Opposition boycott of proceedings over suspension of eight MPs, Rajya Sabha unanimously passed the bill.

Replying to a debate on the bill, Minister of State for Home Nityanand Rai said the legislation was not against any NGO and is an effort to maintain transparency.

This amendment is in the interest of good NGOs which want to do good work in the country.

He also said,"This is certainly a bill to bring transparency. It is not against NGOs in any case. But only those NGOs which do not adhere to transparency may feel bad. This bill is in the interest of NGOs and transparency."

The bill was passed in Lok Sabha on Monday and will now be sent to the President for his assent.

The minister said the bill provides for reduction in administrative expenses of any NGO receiving foreign funding, from 50 per cent to 20 per cent of annual funds to ensure spending on their main objectives.

Among other provisions, the bill proposes to enable the Centre to allow an NGO or association to surrender its FCRA certificate.

The bill also seeks to bar public servants from receiving funds from abroad.

Replying to the discussion on the bill, the minister told the House that the bill is not against any NGO and they need not fear from the proposed amendment bill.

The minister was of the view that this bill was necessary in the context of internal security of the country as there are earlier instances where NGOs did not disclose their foreign funding and also did not furnish proper audit of their expenditure.

He quoted former finance minister P Chidambaram, who had told Parliament earlier that "about Rs 20,000 crore funding was received by NGOs but nobody knew where did the Rs 10,000 crore out of it, go."

On concerns expressed by some members about the new provision of mandatorily opening of an account with the State Bank of India, Delhi to receive foreign funding by NGOs, he said, the government has chosen SBI because it has branches in every part of the country.

He further told the House that NGOs don't need to come to Delhi for opening the account in SBI and they can apply through their nearest branch of the nationalised bank to comply with the new provision.

Besides he also told the House that NGOs would be able to transfer funds conveniently from the SBI Delhi account to their other local bank accounts.

About making mandatory the furnishing of Aadhaar number by members of NGOs, he told the House that as per the apex court order, government can bring law to use Aadhaar to identify certain category of people.

He said some of the members of the NGO earlier wanted to conceal identify of their members.

Participating in the debate on the bill, BJP leader Arun Singh said it will streamline foreign funds received by NGOs and ensure that it is being used for their mission and objectives.

He alleged misuse of funds by some NGO which indulged in funding extremists and anti-national outfits.

S R Balasubramoniyan (AIADMK) said that there is nothing wrong in seeking Aadhaar of members of an NGO as provided in the bill.

He was of the view that during COVID-19 pandemic, NGOs have provided jobs and done social service and thus all those who are doing good work should not be bulldozed.

He said the intention of the bill is good but it would have bad implications if concerns of members are not addressed.

Prashanta Nanda (BJD) said the government should ensure that genuine NGOs should not be harassed.