'KCR knew if elections are held along with Lok Sabha, they would be full of PM Modi and ... they will lose,' he said. 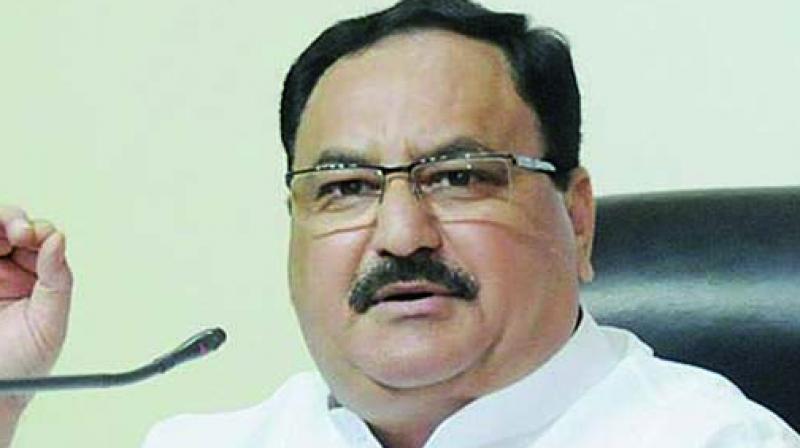 Hyderabad: BJP leader and Union Minister J P Nadda Tuesday alleged the ruling TRS advanced the assembly elections in Telangana to avoid facing the Modi factor as the polls were originally scheduled to be held simultaneously with Lok Sabha elections next year.

"Why these elections have come eight months earlier? Why KCR (TRS president K Chandrasekhar Rao) has preponed the elections and put the burden of tax on your shoulders? Because, KCR knows and knew that if elections are held along with Lok Sabha, elections would be full of (Prime Minister Narendra) Modi and ... they will lose," he said.

Nadda, BJP's in-charge for the December 7 assembly polls in Telangana, was addressing a party meeting at Makthal in Mahabubnagar district.

He rejected the reason given by the TRS that it chose to dissolve the assembly prematurely and seek a fresh mandate as opposition Congress tried to create hurdles for development by filing petitions in courts.

The assembly was dissolved on September 6 as per a recommendation made by the TRS government.

Nadda also alleged that there was an unholy alliance between TRS and Asaduddin Owaisi-led AIMIM.