India   All India  23 Oct 2018  'Not able to fulfill my duties': Assam BJP MLA resigns from assembly
India, All India

'Not able to fulfill my duties': Assam BJP MLA resigns from assembly

When pointed out issue of not offering him any post, particularly in AGCL, during recent appointments, Gowalla said, 'That is one reason'. 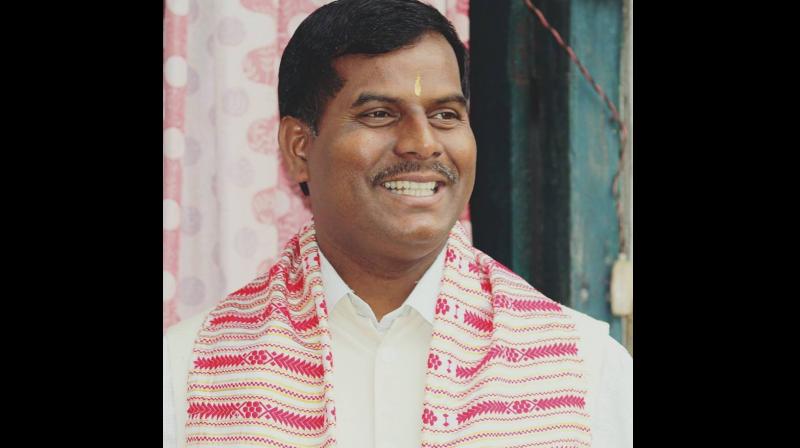 Asked if there was any possibility of withdrawing resignation, Terash Gowalla said, 'I have informed the issues to the CM. If I get a satisfactory answer, I may re-consider it.' (Photo: Facebook | @TerashGowalla)

The legislator from Duliajan constituency said he has sent his letter to Sonowal, who is the leader of the BJP Legislature Party in the state, on Monday night. Confirming the development, a senior BJP party official said, "Yes, he has sent the resignation to the CM's office on Monday."

When pointed out that the issue of not offering him any post, particularly in Assam Gas Company Ltd (AGCL), during the recent appointments, Gowalla said, "That is one reason. The AGCL is in Duliajan and people elected me as their representative. They had some expectations from me.”

"However, without consulting me, the appointment in the company was made. I am not saying that you (government) give me the post, but at least I should have been consulted," he added.

Asked if there was any possibility of withdrawing the resignation under party pressure, Gowalla said, "I have informed the issues to the CM. If I get a satisfactory answer, I may re-consider it."

Gowalla told news agency PTI he has not sent the letter to the Speaker, Hitendra Nath Goswami, which he will be doing after consulting the people of his constituency.

When contacted, the Principal Secretary of the Assembly Secretariat, M K Deka said, they had not received any intimation about the MLA's resignation.

At present, the saffron party has 61 representatives in the 126-member Assembly. Sonwal on Monday appointed various persons, including politicians from the BJP, AGP and BPF, as chairman, vice chairman and directors of 40 government-run bodies.

This included appointment of Sadiya MLA Bolin Chetia as chairperson and Indra Gogoi as the vice chairperson of Assam Gas Company Ltd.

Terming it as "very unfortunate", Congress spokesperson Rhituporna Konwar said, "It is nothing but opportunistic politics".

When people are worried about their own identity and a conglomerate of organisations have called an Assam Bandh, Gowalla resigned for his own benefit. "The BJP MLA had sought peoples' mandate as a legislator only to serve the constituency and not to be appointed as chairman of AGCL or any other company post," the Congress leader said.