India   All India  23 Oct 2018  Paytm chief blackmailed by his secretary and her husband for Rs 20 crore
India, All India

The trio had threatened to leak the data and misuse the information to cause Paytm loss and dent its public image. 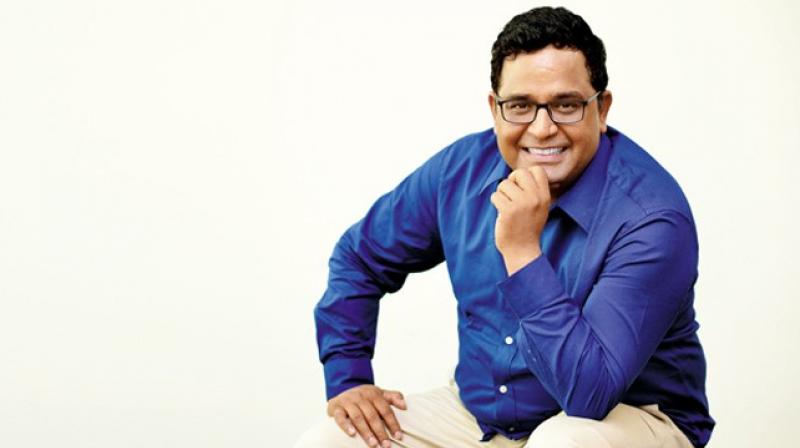 The arrested woman, who allegedly masterminded the extortion bid, is the secretary of Vijay Shekhar Sharma and the trio had threatened to leak the data and misuse the information to cause the firm loss and dent its public image, officials said.

The three employees of the Noida-headquartered e-commerce and wallet firm were arrested late Monday afternoon by a team from the Sector 20 police station, while their fourth accomplice is still at large, a senior official said. According to the police, those arrested are Vijay Shekhar Sharma's woman secretary (identity withheld), her husband Roopak Jain and another Paytm employee Devnedra Kumar.

The fourth accused, Rohit Chomal, is a resident of Kolkata and had allegedly made the extortion call to Vijay Shekhar Sharma's brother Ajay Shekhar.

“The owner of Paytm had made a complaint with the police that their employees, a woman and her aides, had stolen some data from the company and were blackmailing. They were demanding Rs 20 crore for not leaking it,” Senior Superintendent of Police (SSP), Gautam Buddh Nagar, Ajay Pal Sharma said.

“Taking immediate action on it, an FIR was registered and three persons, including the woman, arrested. They are being probed about the data and their modus operandi. Police will share the facts as they are unearthed,” Ajay Pal Sharma said.

The SSP said they will seek their custody to interrogate them further and gather more details. Police were not clear as to what kind of data was stolen.

He said that the local police are in touch with their counterparts in Kolkata to track down Rohit Chomal, who allegedly made the extortion call to Vijay Shekhar Sharma's brother.

The FIR was registered at Sector 20 police station and the accused were booked under Indian Penal Code sections 381 (theft by clerk or servant of property in possession of master), 384 (extortion), 386 (extortion by putting a person in fear of death or grievous hurt), 420 (cheating), 408 (Criminal breach of trust by clerk or servant) and 120 B (party to a criminal conspiracy). Charges under the provisions of the Information Technology Act have also been pressed against the accused, the police said.

When contacted, Paytm confirmed in a statement that the Noida Police have arrested three people, including one female employee of Paytm, in the case of extortion.

“The employee along with two other accomplices attempted to extort money from Vijay Shekhar Sharma on the pretext of leaking his personal data. “We are standing by our colleagues till the police enquiry reaches its meaningful conclusion,” the company said.