He urged government to bring in important and aggressive changes to deal with banking crisis in the sector. 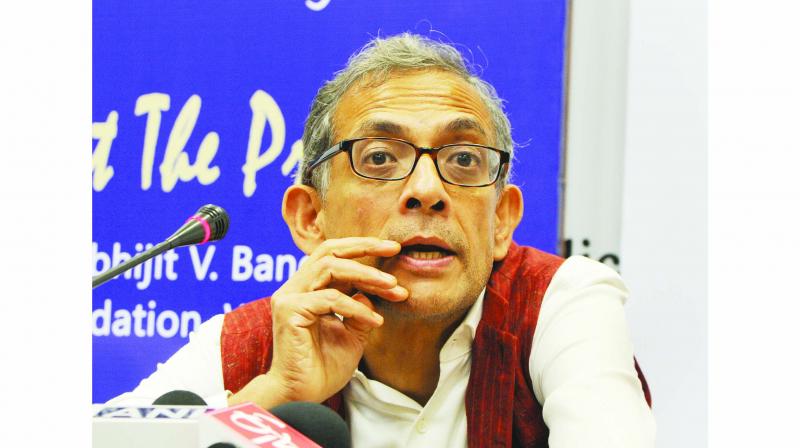 New Delhi: Citing serious concerns over banking sector in India, Nobel laureate Abhijit Banerjee who won the Nobel prize winner for economics in 2019, on Tuesday, said that the government should consider cutting stakes in state-owned banks below 51 per cent as soon as possible.

In a bid to see better health of the banking sector, he urged government to bring in important and aggressive changes to deal with banking crisis in the sector.

“There is need to bring down stake of the government to below 51 per cent in banks so that the decisions are taken without fear of Central Vigilance Commission (CVC). The fear of vigilance authorities is making state-owned banks take fewer risks, which results in downturn of the sector,” Mr Banerjee said while interactions with media after meeting Prime Minister Narendra Modi earlier in the day.

It has been observed that the banking system has been affected very badly by rising NPAs for nearly five years now, which led to networth erosion and discovery of scams in the sector, with the Punjab and Maharashtra Cooperative Bank (PMC) being the new addition.

“Overhang of regulations like CVC also deters to take proper action of irregularities in the system,” he said.

Earlier in August, the CVC had constituted Adv-isory Board for Banking Frauds (ABBF) headed by former Vigilance Commissioner TM Bhasin to examine bank fraud over Rs 50 crore and recommend action.

However, when asked about the state of the economy of the country, Mr Banerjee refused to take questions on economy and refrained from commenting on policies of the present government.

“I had a cordial and good meeting. Prime Minister Modi started by cracking a joke on how media is trying to trap me to say anti-Modi things. He’s been watching TV and he’s been watching you guys.

And he knows what you are trying to do,” he said As far as banking sector is concerned, the government claimed that it has taken several measures to bring down NPAs in the banking system, but the health of public sector banks still looks as bad as some years ago.