The man was declared dead by his family after he married a Maharashtrian Dalit woman in Mumbai, where he worked as cook for Nana Patekar. 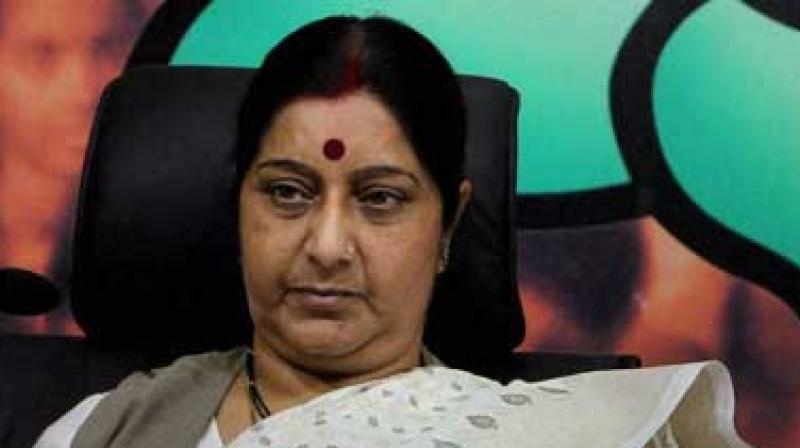 New Delhi: A man, who was allegedly declared dead by his family members after a bitter domestic dispute, has come forward to donate his kidney to Sushma Swaraj so that she can, in return, help him get a certificate to prove he is alive. The Union Minister was admitted to AIIMS last week because of kidney failure.

According to a report in India Today, Santosh Moorat Singh, a native of Varanasi, is a dead man on paper for the past 10 years. He hopes to get a certificate of a “living human being” in return of his kidney to Swaraj.

Singh, who worked as a cook for actor Nana Patekar, was declared dead by his family members after he married a Maharashtrian Dalit woman in Mumbai in 2003. He was thrown out of the house when he went to Varanasi to visit his family, which later performed his last rites, Singh said.

"I returned to my village and sought help from police but nobody came forward. When I went to the lawyers, they asked for money which I did not have. I approached the President, the Prime Minister and Uttar Pradesh Chief Minister, petitioning them earnestly. But so far no one has come to my rescue," he added.

Singh has been protesting at Jantar Mantar in Delhi for the past four years to seek a certificate that would declare him a living human being.

Now, he hopes "one of our finest political leaders, Sushma Swaraj, would notice the so called dead man's plight."