The move will make the NCBC a constitutional body with full powers to safeguard the rights and interests of OBCs, the officials said. 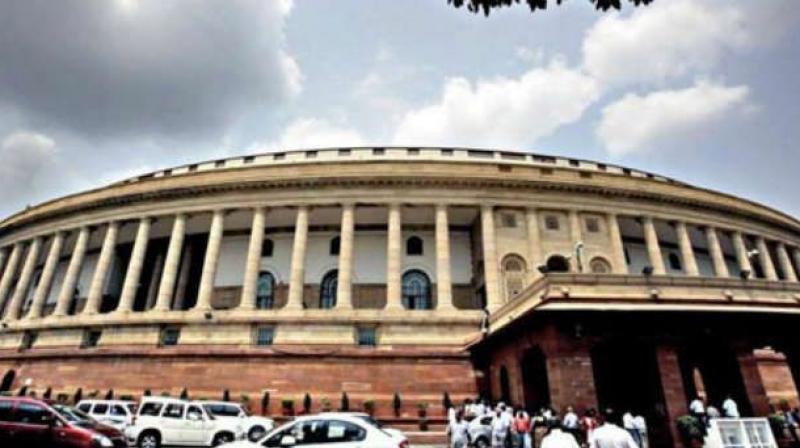 The proposed legislation is seen as a major push by the BJP to consolidate OBC votes in its favour. (Photo: File)

New Delhi: The government will reintroduce a bill to grant constitutional status to the National Commission for Backward Classes in the Lok Sabha in the forthcoming winter session, top government officials said on Thursday.

The move will make the NCBC a constitutional body with full powers to safeguard the rights and interests of OBCs, the officials said.

"The government is committed to ensuring equity and social justice to Other Backward Classes and has decided to take up the bill in the forthcoming session of Parliament," an official said on the condition of anonymity.

The proposed legislation is seen as a major push by the BJP to consolidate OBC votes in its favour.

Responding to a long felt demand from all categories of OBCs, the government had introduced the bill to grant constitutional status to the NCBC -- on par with the National Commissions for Scheduled Castes and Scheduled Tribes – in the last parliament session, officials said.

The proposed Constitutional amendment bill was first introduced and passed in the Lok Sabha. The Rajya Sabha then passed the bill but with certain amendments. This resulted in two different versions of the bill being passed by the two houses.

Therefore, the bill will now have to be reintroduced in the Lok Sabha.

The NCBC, a statutory body created in 1993, was given limited powers -- only to recommend to the government inclusion or exclusion of a community in the central list of OBCs.

The power to hear complaints of OBCs and protect their interests continued to be with the National Commission for Scheduled Castes.

Since the National Commission for Scheduled Castes deals with grievances and safeguards of SCs as well as OBCs, it has limited capacity to address needs of OBCs, an official explained.

"This bill, when enacted into a law, will not only make the NCBC a constitutional body, but will also empower the NCBC to hear complaints of OBCs, protect their interests and safeguard their rights," he said.