Tamil Nadu Chief Minister E Palanisamy also said the 'EC has given judgement in our favour, we are very happy'. 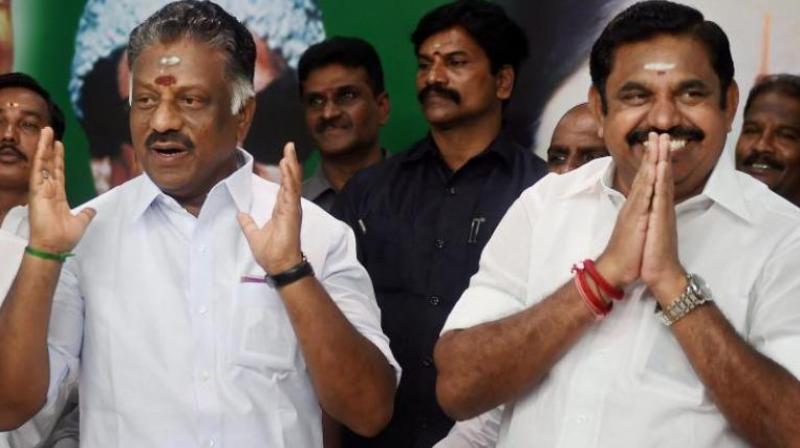 The faction of AIADMK led by Tamil Nadu Chief Minister E Palanisamy and his deputy O Panneerselvam has won the battle for the party’s poll symbol. (Photo: File)

Chennai: Tamil Nadu Chief Minister E Palanisamy said on Thursday that the Election Commission (EC) has allotted the AIADMK's 'Two Leaves' election symbol to the faction led by him and his deputy O Panneerselvam.

The EC’s decision will deal a major blow to TTV Dhinakaran, who led the faction of rebel leaders of the AIADMK in fight for the right over party symbol.

V Maitreyan of EPS-OPS faction told ANI on Thursday afternoon that the party is waiting for the “hard copy” of EC’s order but they have received information from the poll body “orally that the two leaves symbol has been allotted to” the EPS-OPS faction.

Palanisamy also addressed the mediapersons and said: “EC has given judgement in our favour, we are very happy. Majority of party workers supported us".

The chief minister refuted the allegations that the EC's judgement was in the favour of his faction because of his proximity with the BJP.

"It is wrong. We had facts on our side and majority of MLAs, MPs and party workers were with us. All this was taken into consideration," he said.