According to police officials, the car driver is still absconding and efforts are on to trace him. 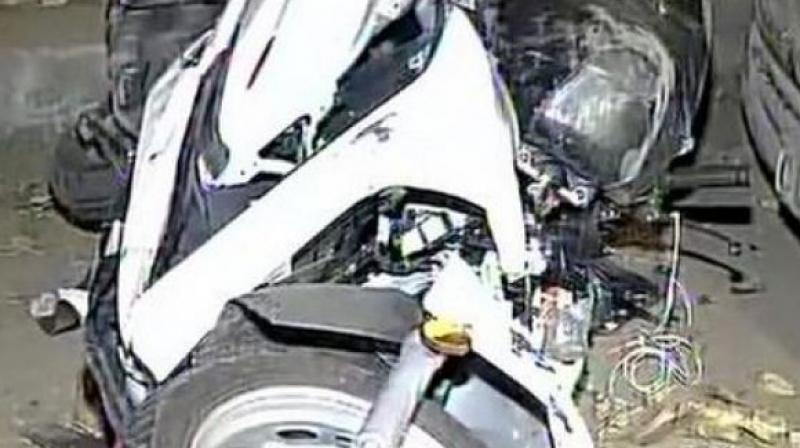 Out of the four men on bike, three died and the fourth one was hospitalised and is undergoing treatment, police said. (Photo: ANI/Representational)

Bareilly: A motorcycle, with four men on it, collided with a car, killing three and injuring one, police said on November 23.

The incident took place on November 22 night near Labheda village when the men were returning home after attending a wedding on the motorcycle, SSP Jogindra Singh said.

All the four men were heavily drunk at the time of the accident which took place near Hafizganj Police station area, Singh said.

The deceased were identified as Ravindra Singh (27), Vikas (29) and Om Prakash (24). The fourth one was admitted to a local hospital and is undergoing treatment, the SSP said.

The car driver fled the scene after the accident and efforts are on to trace him.