Woman forced to take off burqa at Yogi Adityanath’s rally

The woman said that she and her husband were BJP members since the past one decade and always attended rallies and party events in a burqa. 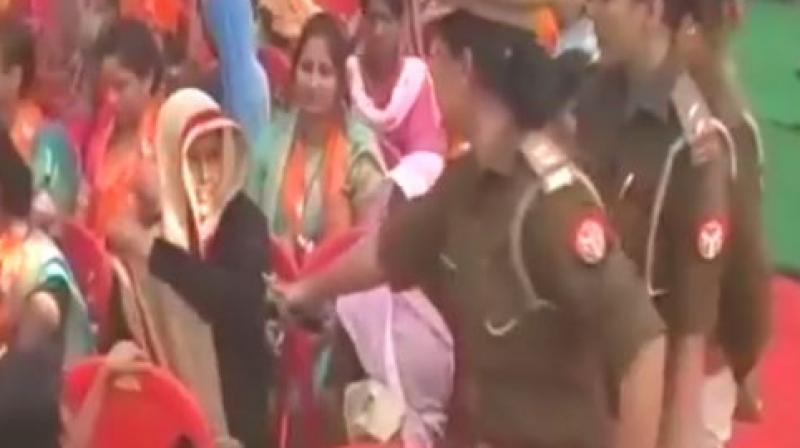 A video showing the woman taking off her black burqa minutes before the chief minister makes an appearance at the rally on Tuesday has gone viral. (Photo: ANI/Screengrab)

Lucknow: A Muslim woman, who attended an election rally of UP chief minister Yogi Adityanath in Ballia on Tuesday, was apparently asked by cops to remove her burqa.

A video clip of the woman, Saira, has gone viral in which she is being made to take off the burqa by the female cops. Women sitting near Saira can be seen helping her to take off the garment which was later taken away by a male cop.

The woman said that she and her husband were BJP members since the past one decade and always attended rallies and party events in a burqa. Reacting strongly to the incident, All-India Muslim Personal Board member Maulana Khalid Rashid Firangi Mahali said that the incident was condemnable.

“There should have been an enclosure for security checking of women. It is highly improper that a woman should be asked to take off her garment in full public view”, he said. Meanwhile, reports later said that men wearing black sweaters and jackets were also prevented from entering the venue.