Fadnavis said: 'People gave us clear mandate, but Sena tried to ally with other parties, as a result Prez rule was imposed.' 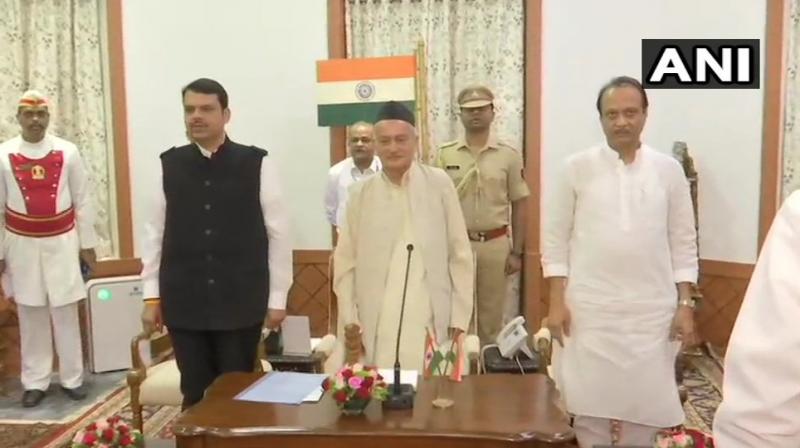 After the oath ceremony, Fadnavis said: “People had given us a clear mandate, but Shiv Sena tried to ally with other parties after results, as a result President's rule was imposed. Maharashtra needed a stable government not a 'khichdi' government.”

“From result day to this day no party was able to form government. Maharashtra was facing many problems including farmer issues, so we decided to form a stable government,” Ajit Pawar said.

The President's Rule was revoked at 5:47 am today, according to an official statement.

While the development derailed the Shiv Sena’s quest for chief ministership, Congress spokesperson Abhishek Singhvi described it as surreal.

Surreal wht I read abt #Maharashtra. Thought it was fake news. Candidly &personally speaking, our tripartite negotiations shd not have gone on for more than 3 days...took too long. Window given was grabbed by fast movers. #pawarji tussi grt ho! Amazing if true, still not sure

The move came at a time when deliberations between Congress, NCP and Shiv Sena seemingly reached the final stage on Friday.