Priyanka visits UP, meets kin of youth killed in stir

Meanwhile, activists have decided to come together and form a united front under the name “Alliance against CAA and NRC”. 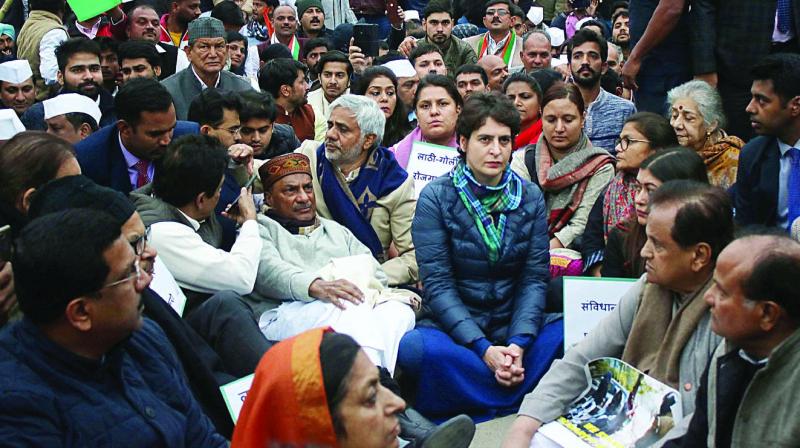 New Delhi: The Congress party opened another front against the Citizenship Act on Sunday, even as civil society activists formed a platform to resist the new legislation.

Congress general secretary Priyanka Gandhi Vadra made a sudden trip to Uttar Pradesh, where nearly 20 people have been killed in violence related to NRC protests.

Ms Gandhi Vadra, who is the general secretary in-charge of Uttar Pradesh for Congress, went to Bijnor and met families of two persons, killed in recent violence over the amended citizenship law.

Bijnor was one of the districts in Uttar Pradesh which has been affected by violence by anti-CAA protesters. UP Congress president Ajay Kumar Lallu said that Ms Gandhi Vadra also interacted with people in the area.

Meanwhile, activists have decided to come together and form a united front under the name “Alliance against CAA and NRC”.

The participants in the Alliance have resolved to support the widespread public disapproval of the Citizenship Amendment Act. It noted with concern that the Act violates the basic secular structure of the Constitution of India as well as the Universal Declaration of Human Rights (UDHR) and other United Nations Covenants and Declarations.

It also decided to appeal to the state governments to challenge the CAA by invoking Article 131 of the Constitution and resolved to support the peaceful protests being currently organised all over India in around three dozen universities.