Violent protests by groups like Rajput Karni Sena were reported from different parts of the country. 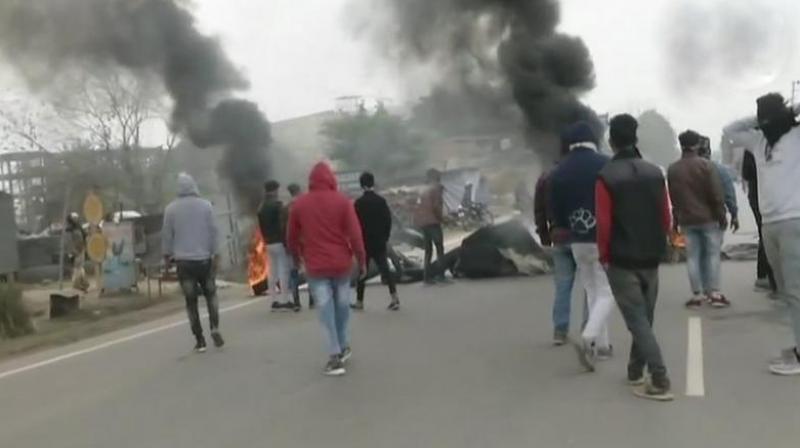 Mumbai: Just a day before the much-awaited release of ‘Padmaavat’, security has been heightened outside theatres across Haryana, Gujarat and Rajasthan.

Violent protests by groups like Rajput Karni Sena were reported from different parts of the country. Karni Sena has vowed to block the release of ‘Padmaavat’ in defiance of Supreme Court orders.

"We are adamant on our stand that this film 'Padmaavat' should be banned, there should be a self imposed curfew by people," said Rajput Karni Sena leader Lokendra Singh Kalvi.

Protests near the national capital:

Besides Delhi-Jaipur highway, protesters also gathered on the Delhi-Ajmer highway and burnt tyres. Sporadic violence was reported from Rajasthan's Sikar, where a bus was stoned. 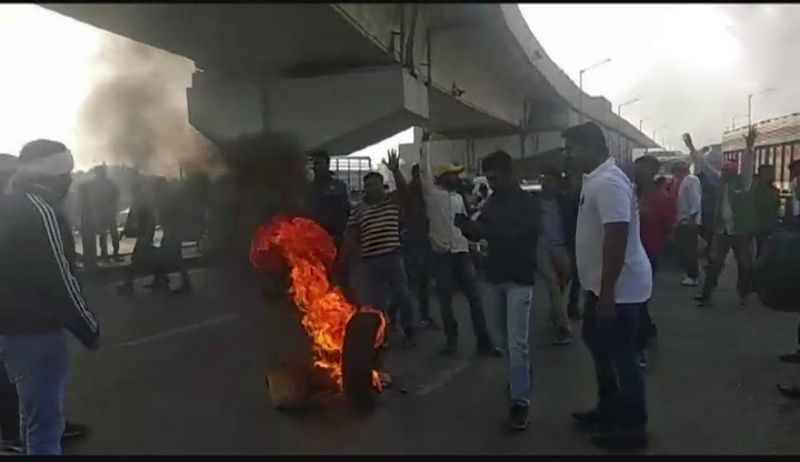 Protesters in Haryana blocked the Gurgaon's Wazirpur-Pataudi road agitating against the film.

In Gurgaon, the state administration has banned people armed with weapons and other objects "capable of causing injury" near movie theatres. Protests with slogans and placards have also been banned within a 200-metre radius till Sunday. 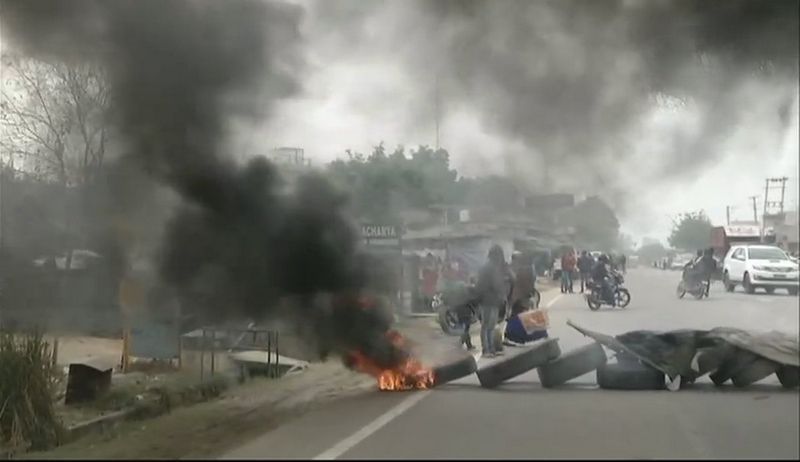 On Tuesday, a mall was vandalised at Ahmedabad in Gujarat. Despite the state government promising security for the film's release on Friday, policemen were outnumbered on Tuesday evening by a mob that burnt vehicles and smashed shop windows at the mall.

Wrecked cars and scooters lay around the mall in piles on Wednesday morning.

Report of protest was received from Uttar Pradesh too, where the agitators in Mathura stopped a train at Bhuteshwar railway station.

Mobs went on a rampage in Muzaffarnagar. In Kanpur, agitated members of a fringe group barged into a mall demanding a complete ban on the film. They tore film posters, damaged property and manhandled the mall staff, the police said.

With the rise in spate of protests and violence in various parts of the country many cinema owners have said they will not show the film, despite the Supreme Court ordering states to screen the movie.

Security has also been tightened in Chittorgarh ahead of the release of ‘Padmaavat’.