India   All India  24 Jan 2018  Chittor Fort in Rajasthan shuts down amid protests against 'Padmaavat' release
India, All India

Chittor Fort in Rajasthan shuts down amid protests against 'Padmaavat' release

'We are adamant on our stand that this film 'Padmaavat' should be banned,' said Rajput Karni Sena leader Lokendra Singh Kalvi. 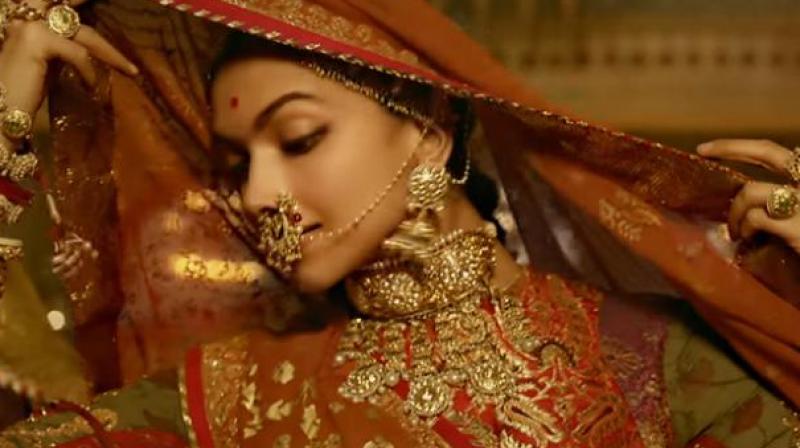 The Karni Sena has even threatened that hundreds of Rajput women protesters will commit 'Jauhar' - an ancient tradition of self-immolation - at the fort if ‘Padmaavat’ is screened. (Photo: File)

Mumbai: Hours before release of ‘Padmaavat’, Rajasthan is still not sure whether the film will hit the big screen on Thursday.

Though the Supreme Court has ordered nation-wide release of the film, distributors have reportedly said that they will not screen the controversial film based on the story of Rajput Queen Padmini, amid massive protests.

The Chittor Fort, the magnificent setting of the Padmavati legend in Chittorgarh, has been shut down for a day, for the second time in its centuries-old history after members of the Rajput Karni Sena, which has led protests against the film, tried to break in.

The Karni Sena has even threatened that hundreds of women Rajput protesters will commit "Jauhar" - an ancient tradition of self-immolation - at the fort if ‘Padmaavat’ is screened.

Rajasthan: Protests staged in the area near Chittorgarh Fort in protest against #Padmaavat pic.twitter.com/Sybospb4u6

According to legend, Queen Padmini committed "Jauhar" and jumped into the fire along with several other women at the Chittor Fort, preferring death to dishonour.

"We are adamant on our stand that this film 'Padmaavat' should be banned, there should be a self imposed curfew by people," said Rajput Karni Sena leader Lokendra Singh Kalvi.

Karni Sena activists were arrested on Wednesday morning over the “Jauhar” threat. A spokesperson of the group had said that "1,900 women have registered for the act".

Protesters on Wednesday blocked highways and vandalised property in Rajasthan, Gujarat, Haryana, Uttar Pradesh and Maharashtra to show their anger against the film, which, they allege, distorts the story of Queen Padmini and shows Rajputs in poor light.

The Supreme Court on Tuesday rejected the final appeal by Rajasthan and Madhya Pradesh to ban ‘Padmaavat’ over law and order trouble. The two states, along with Haryana and Gujarat, had refused to screen the film even after the censor board's green signal earlier in January.

During the shooting of the film, members of the Karni Sena attacked ‘Padmaavat’ director Sanjay Leela Bhansali and vandalised the set during filming in Rajasthan. They alleged that the film showed a romance between Queen Padmini and Khilji, which the makers have emphatically denied.