It may not be a bad idea to form a ministry to tackle the “triple talaq” issue. 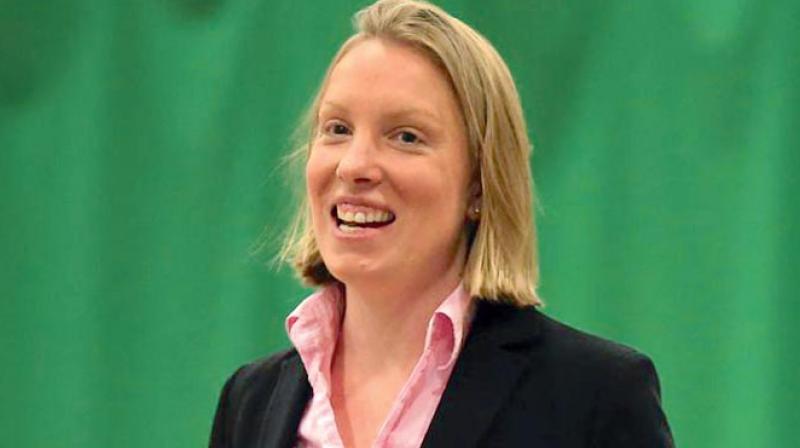 Tracey Crouch, Britain’s under secretary for sport and civil society, was recently appointed the minister of loneliness by Prime Minister Theresa May.

Seriously speaking, the recent appointment in the United Kingdom of the first-ever minister in charge of tackling loneliness and combating social isolation needs greater attention. Yes, Indian Central and state governments need to pay special attention to this issue. This does not imply that this issue needs as much attention in India as it apparently does in the UK.

Yes, social isolation along caste, class, religion, gender, age and other lines certainly still remain a problem in India. Loneliness is, however, a problem which cannot be expected to be taken care of by just dedication of another ministry to take care of it.

Social isolation and loneliness in India cannot apparently be viewed from the same angle as these problems are in India. Crowds, groups, large gatherings at political, social and other functions are a common sight in India. But there is no knowing as to whether creation of such a ministry in the UK may prompt Indian leaders to try their hand at this exercise. Yes, why not? India is faced with innumerable problems, solutions to which still seem a mirage.

It may not be a bad idea to form a ministry to tackle the “triple talaq” issue. You see, it is not as big as a problem as it has been made out to be. Creation of a specific ministry to deal with it would certainly add some credibility to concern of the government about it. Of course, irrespective of this specific ministry’s departmental work on the issue, for some time, the storm raised over it may subside. “The ministry is looking into it”, may be the pet answer to questions raised regarding the issue.

In fact, the Central and state governments may consider the idea of forming ministries on issues regarding which they probably do not have appropriate answers to questions raised by rival parties, activists and others. The Uttar Pradesh government may consider creation of a ministry regarding their abundant usage of saffron colour in painting buildings, etc. Of course, this ministry is likely to be kept by chief minister in his own hands. So far, impromptu decisions have been taken on changing many buildings’ colours to saffron. Storm raised over saffron colouring of a few places has prompted the state government to backtrack on this step and change colour of these back to non-saffron. With a ministry in charge, it is possible, this state government may deliberate a little more or at least give impression of doing so prior to its usage of saffron colour.

Of late, quite a few steps have been taken suddenly, giving people quite a shock. These include demonetisation, withdrawal of old rupee-notes, printing of new ones, Aadhaar-card related measures and so forth. Rather than take additional measures, it may not be a bad idea to devote new ministries for looking into these issues. The best part of creation of more and more ministries is increasing number of ministers in the Cabinet. This would of course keep more party members and allies pleased with increase in their political status. And if there remains possibility of others bearing a grudge on their not being allotted any ministerial rank, well, well, the solution is not too far.

Yes, there can be a grudge ministry and perhaps also an ego ministry. The former would focus on easing grudges and the latter on pampering egos of aggrieved one. These two ministries may also create the impression that their key job is to focus on such problems faced by people at large. Ah, this would certainly elevate the image of Indian premier to great heights globally, particularly in the West. The priority is not whether actual problems and issues raising storm receive required attention or not. Irrespective of whether these are given any attention or not, the key objective may be to spread the message that they are being focused upon. That too, with specific ministries formed for the purpose.

Most political leaders tend to pay great attention to create an impression of their concern about key issues affecting common people and that they are attending to them. Be it the noise made about triple talaq, greater complications being added to Aadhaar card and other such issues, including demonetisation drive; an unusual alacrity has been displayed regarding these with little attention paid to their aftermath. Initiating new ministries to tackle these and other issues may ease the burden that they bear for the common person. Time taken to form ministries, select right politicians for the same and other such steps would at least give enough time to common Indians to prepare themselves whatever they are due to face. So formation of new ministries may prove to be a welcome move for many politicians and also Indians, irrespective of whether they accomplish nothing else. And this, seriously speaking, is not a joke!