Three Army personnel were injured, including a Major of 34 Rashtriya Rifles. 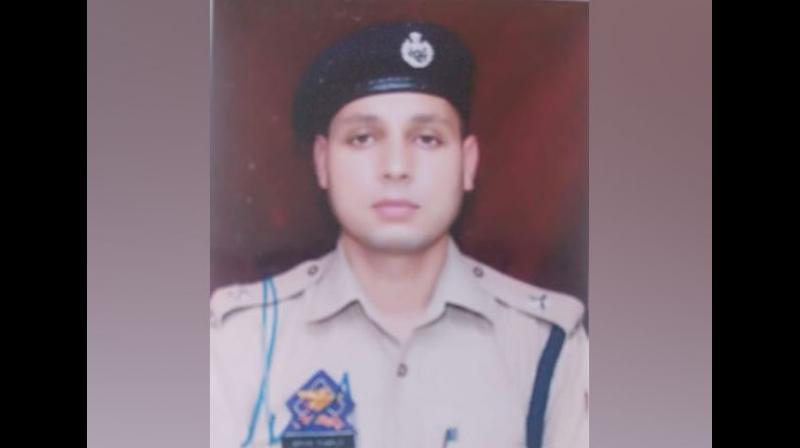 Dy SP Aman Kumar Thakur headed the counter terrorism wing of Jammu and Kashmir Police in District Kulgam from the last one-and-a-half years and had played a key role in the killing of terrorists in the area. (Photo: ANI)

Kulgam: Deputy Superintendent of Jammu and Kashmir Police Aman Kumar Thakur was on Sunday killed and three Army personnel, including a Major, were injured in an encounter between security forces and terrorists in the state's Kulgam district.

The encounter broke out after the troops of Central Reserve Police Force (CRPF), 34 Rashtriya Rifles (RR) and Jammu and Kashmir Police carried out cordon and search operations in Tarigam area of the district.

Three Army personnel were injured, including a Major of 34 Rashtriya Rifles.

We pay rich #tributes to our colleague #Martyr #DySP Aman Kumar for his supreme sacrifice made in the line of #duty today at @Kulgam. We stand by his family at this crucial moment. RIP. @JmuKmrPolice @policekulgam pic.twitter.com/vgEKkgp6mm

A resident of Gogla in Doda district of Jammu region, Dy SP Aman Thakur is survived by his parents, wife Sarla Devi and 6-year-old son Arya.

In a press release, J and K Police paid rich tributes to Thakur. "Our thoughts and prayers are with his family at this critical juncture," the police said.

Thakur, a 2011-batch Kashmir Police Service Officer, was leading from the front in the operation. He headed the counter terrorism wing of Jammu and Kashmir Police in District Kulgam from the last one-and-a-half years and had played a key role in the killing of terrorists in the area.

The police said the officer was known for his determination and valour, besides simplicity, plain speaking and thorough professionalism. In a short period of time, he had earned love, respect and appreciation of the locals in the area for his helpful nature and professionalism, they said.