India   All India  24 Feb 2019  Maratha Kranti Morcha not to back major parties in Lok Sabha polls for neglecting demands
India, All India

'We cannot register a political party in the name of Maratha Kranti Morcha as it is against our protocol' said an MKM leader. 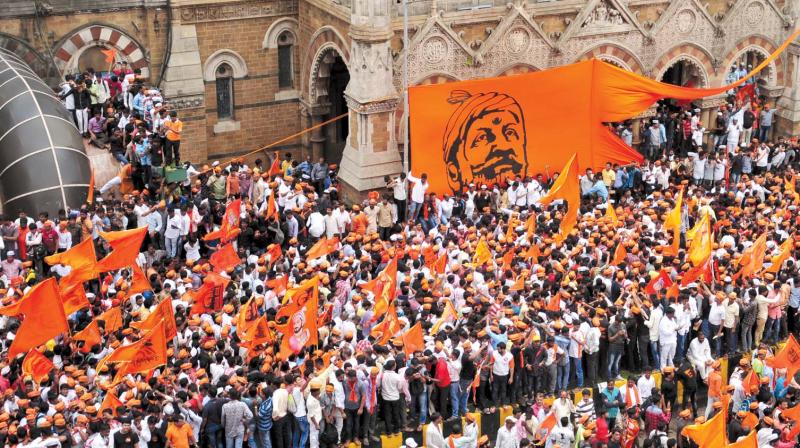 'We are contemplating to support independent candidates or smaller parties in the polls instead of major political parties, such as alliances of BJP-Shiv Sena or Congress-NCP, as they all neglected our key demands,' said convener Maratha Kranti Morcha Sanjeev Bhor-Patil. (Photo: File)

Mumbai: A key Maratha outfit, that led the quota agitation in Maharashtra, has decided not to extend support to any major political party in the upcoming Lok Sabha polls for "neglecting" its demands.

The Maratha Kranti Morcha (MKM) will support independent candidates or nominees of smaller parties in the polls, its convener Sanjeev Bhor-Patil said on Saturday. "We are contemplating to support independent candidates or smaller parties in the polls instead of major political parties, such as alliances of BJP-Shiv Sena or Congress-NCP, as they all neglected our key demands," he said.

He claimed that some members of the community were falsely framed in atrocity cases. "One of our key demands was to sort out the issue of false atrocity cases. However, no political party has taken it seriously. Our other demand was to implement the Swaminathan Commission recommendations on minimum support price (MSP) for crops," he said.

Bhor-Patil said MKM leaders will meet in the coming week to chalk out a strategy for the general elections. "We cannot register a political party in the name of 'Maratha Kranti Morcha' as it is against our protocol. Hence, we will either support smaller political parties or favourable candidates," another MKM leader said.

The MKM had earlier spearheaded the agitation for quota for the Maratha community in jobs and education in the state. The Maharashtra Legislature had in November last year passed a bill proposing 16 per cent reservation in education and government jobs for Marathas, declared as socially and educationally backward class by the government. The quota was granted in addition to the existing 52 per cent reservation in the state.

Meanwhile, members of Other Backward Class (OBC) communities from Maharashtra will organise a march here on the first day of the state legislature session on Monday for "safeguarding" their existing quota. The organisers of the protest are also opposing any probable move on part of the state government to induct Marathas into the OBC category.