Ramesh Kumar Vankwani, a Hindu parliamentarian from Pakistan, met PM Narendra Modi and EAM Sushma Swaraj on the sidelines of an event here. 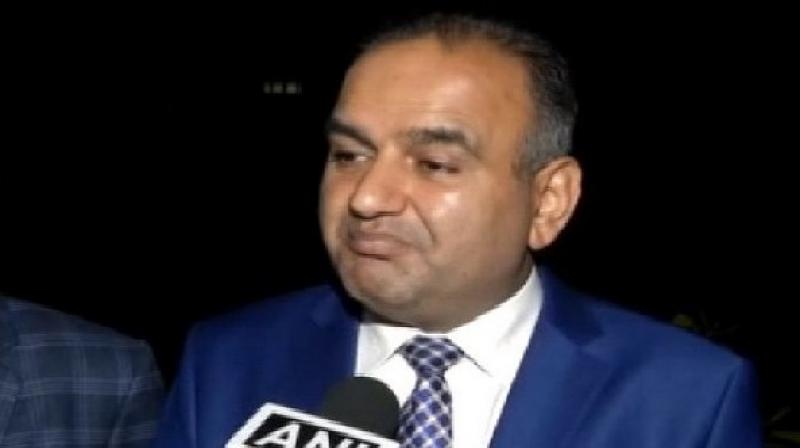 Vankwani, a member of Pakistan Prime Minister Imran Khan’s Pakistan Tehreek-e-Insaf, was part of a foreign delegation which was invited to attend the Kumbh Mela. (Photo:ANI)

Vankwani, a member of Pakistan Prime Minister Imran Khan’s Pakistan Tehreek-e-Insaf, was part of a foreign delegation which was invited to attend the Kumbh Mela by the Indian Council for Cultural Relations (ICCR).

He also met Minister of State for External Affairs V K Singh on the fringes of the event.

Talking to ANI, Vankwani said, "I thank the Indian government for the warm welcome accorded to me. I met PM Modi, V K Singh and held discussions with Sushma ji. I assured that there is no Pakistani involvement in the Pulwama attack. We should move in a positive direction, we want peace."

"Whether (Pakistan-based) JeM (Jaish-e-Mohammad) has claimed the responsibility for the attack for taking credit or is actually involved, is a matter of investigation. I can assure you that these days there is no such establishment in Pakistan which can use Pakistan land for acting against other nations," he said.

Forty CRPF personnel were killed in a suicide bomb attack on their convoy on February 14 in Pulwama in Kashmir. JeM had claimed responsibility for the terror strike.