Earlier in Gorakhpur, Modi launched the PM-KISAN, the scheme announced in the interim budget 2019-20. 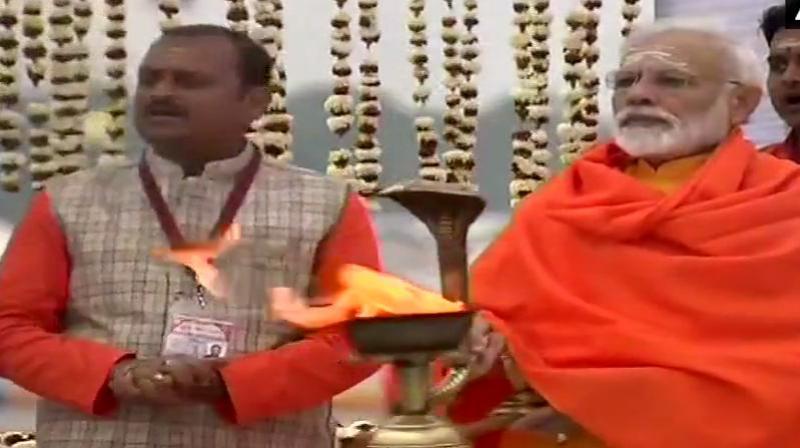 Modi wore a black robe as he stepped into the water. After taking the holy dip in river Ganga Prime Minister performed aarti and offered prayers at the Sangam, the holy confluence of the Ganges, Yamuna and the mythical Saraswati.

Had the good fortune of taking a holy dip at the #Kumbh. Prayed for the well being of 130 Crore Indians. pic.twitter.com/jTI2QbmWxb

PM met sanitation workers of Kumbh, interacted with them, washed their feet and honoured them.

Millions of devotees come to bathe during the Maha Kumbh which began on January 15 on Makar Sankranti and will end on March 4, on Mahashivratri.