Padma Shri not about the ‘enemy’, but the spirit & journey 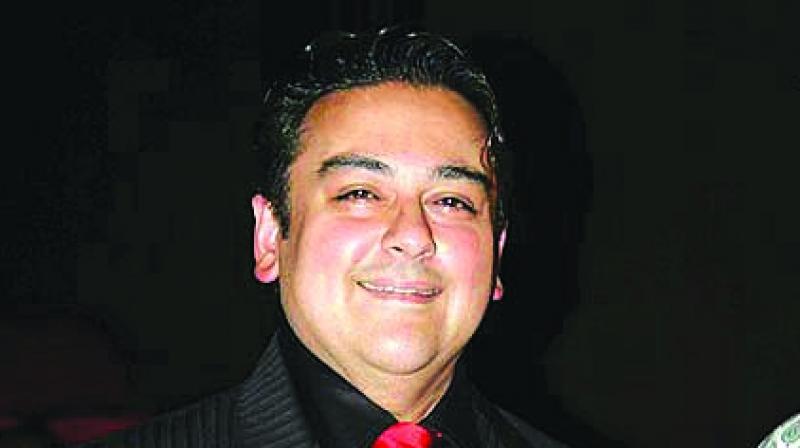 Soldiering is the noblest calling as it contextualises domain adjectives like honour, courage and commitment to the nation that he/she serves and to the intrinsic “idea” that composes the said nation. The warriors answer their nation’s call to defend the sovereignty and dignity of the nation by putting their own life at risk, unflinchingly. This undying spirit is reposed in a linear comprehension that manifests in upholding the flag of the paltan (unit), regiment and above all, the nation, by swearing to abide by the same “till Valhalla”! Such a professional bearing affords a soldier to recognise another soldier (even an ostensible “enemy”) for what he simply is — just another warrior of his/her land, without the unnecessary trappings of political, topical or religious attributions. A bloody Indo-Pak history is replete with instances like how the Indian Army showed professional respect for a fallen Pakistani soldier, Captain Karnal Sher Khan in Kargil — as in avoiding the disgrace of getting evicted from a post, the Pakistani warrior had fought gallantly to the end. The code of honour ensured that the Indian Army forwarded his citation of daredevilry, which was ultimately rewarded with Pakistan’s highest gallantry award, Nishan-e-Haider, many years later.

Such fine traditions and values ensure that there is no personal sleight implied in the Padma Shri winner, Adnan Sami, to be the son of a decorated Pakistani Air Force officer who later served his nation as an “ambassador” (the term again implies the diplomatic upholder of a nation’s “idea”). Yet it is difficult to fully un-contextualise the parallel irony and ignominy facing honorary Lt. Bir Bahadur Thapa or Junior Commissioned Officer Mohd Sanaullah who defended India in a “uniform”, but now find themselves excluded from the NRC list. Even though Adnan Sami winning the Padma Shri and the fates of “excluded” people in the NRC are not directly related, they are both borne of political decisions of the same dispensation and times and to that extent, the spirit underlying such decisions could be questioned.

Adnan Sami, like many other Pakistani artistes, sportspersons and professionals, had “shifted base” over the years to partake in the much larger and lucrative Indian market — thereafter he applied for and secured his Indian citizenship, fair-and-square. The last few years have been especially fractious between the two nations and the accompanying tensions had led to the “banning” of Pakistani talent, be it in the IPL, Bollywood or artistic engagements. With this wounded backdrop, Adnan Sami had remained in the news prior to his Padma Shri for his opinions on a range of contentious issues like the Pakistan’s terror support, Balakot, Abrogation of Article 370, etc, even though his creative output had not led to anything since 2015. Still, the government is within its right to recognise and reward the talent of Indian citizens as it deems fit, and on that ground, Adnan Sami cannot be faulted. However, the brouhaha surrounding some of his recent statements when viewed along with others in the recent past makes one question the spirit and the suggested naivety of his defence.

Adnan had been explicit, partisan and overtly political concerning Indo-Pak dynamics. Therefore, it was only logical to expect a reaction from many others. Adnan’s plea against his detractors: “They have their own political agenda and issues with the government and they are using my name as another stepney to try and further their agenda” is both true and conveniently ingenuous. Politicians certainly do politics, as had he against his former country. So to now suggest incredulity on the same is vacuity and not par for the course. He would know the honest reality of “music knows no boundaries” to be selectively true about the fate of his former countrymen in the Indian industry. In all public accounts, he was neither persecuted nor disallowed from pursuing his obvious talent in Pakistan. He revealed his justification for Indian citizenship stating: “My heart was always in India due to the love showered on me by the people” — however, the same does not warrant a corollary hatred for his forsaken land and its sovereign imperatives. Many ethnic Indians adopt foreign citizenship for economic, career and even personal reasons but that does not necessitate a reciprocal bitterness or extreme vitriol for the land of their origin, ancestors or emotions.

Adnan had been severely trenchant on Pakistan (like some Pak-origin TV commentators) even when he added nothing new to the discourse. Importantly, with millions of ethnic Indians abroad, there are none displaying similar animus or hate. Indeed, the “idea” of India is intrinsically noble, moral and higher for all of us but it does not need the intemperate display of bloodlust to posture higher patriotism by demonising others. Adnan has intermittently invoked his background as a “Pathan” and to his lineage of “nobility” to suggest his lack of desperation — though ironically in both realms, the concept of never reneging on the “land” is uncompromisable. The chivalric moorings of nobility insist on fidelity to one’s word (zubaan) and flag, irrespective of the personal price to be paid. Also, the Pakhtunwali code that governs any proud Pathan obligates him to Qami Nang, an irrepressible sense of belonging and attachment to the land.

The “idea” of a nation is always an experiment in progress, as it frequently strays and requires mending — the nation is also more than just the government and therefore the duty of every concerned citizen to continuously strive for the idyll and not cut-and-run. The current dissonance is not about the legalities of citizenship or that his father was a Pakistani soldier — instead it is rooted in the conveniences of the narrative propounded that is often shifting and cherry-picking elements to posit a completely melodramatic, naive and apolitical path to success, which sounds very trying and implausible. Soldiers on both sides of the LoC quote the contentious Macaulay who said, “And how can man die better than facing fearful odds, for the ashes of his fathers, and the temples of his Gods?”. Rabblerousing is indeed for politicians and not for confident patriots, or even innocent artistes.